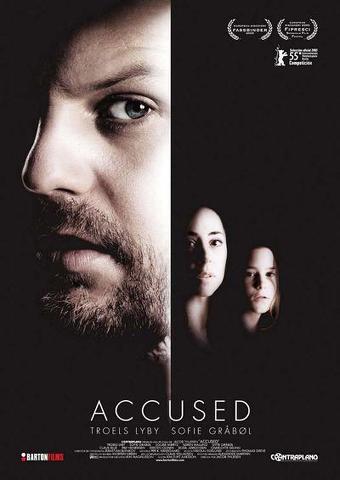 Jacob Thuesen, a former editor for Danish directors Susanne Bier and Lars von Trier, had a very simple premise for his first film as a director: “Imagine if you got picked up by the police one day…” The film is called Angklaget (Accused) and tells the story of Henrik (Troels Lyby), a swimming instructor whose professional-, social- and family life is turned upside down when his difficult teenage daughter Stine (Kirstine Rosenkrands Mikkelsen) accuses him of having sexually abused her when she was younger. Stine’s mother Nina (Sofie Gråbøl) is shocked that her own daughter would do something so horrible; she knows her daughter has a history of lying about her parents, but never have their been such grave consequences. Stine is no longer allowed to stay at her parents house and is asked to press charges against her father, while Henrik has to wait in prison until his trial begins. END_OF_DOCUMENT_TOKEN_TO_BE_REPLACED