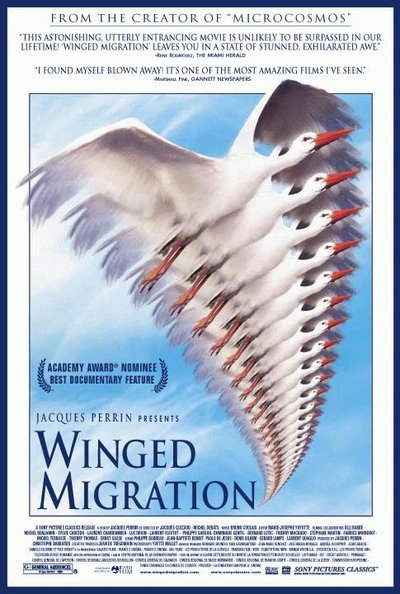 Quote:
This documentary follows several species of migratory birds over a four year filming period. These birds travel several hundreds if not thousands of miles toward the equator in the autumn, and make the return journey to their higher latitude summer homes in the spring, always taking the same route, using the natural compasses of the universe, the stars, to find their way. Some species, like the arctic tern, even fly from pole to pole. These long and often torturous treks are a matter of survival, to live in a hospitable climate and find sources of food. With the exception of migratory penguins, travel over oceans is especially difficult as the birds have little refuge unless there is something floating on the water, such as a ship, on which to land. END_OF_DOCUMENT_TOKEN_TO_BE_REPLACED