Married to rock ‘n’ roll man Eme, Magdalena has not stopped being harassed by her mother, who keeps reminding her that she could have married the apparently decent Armando. In reality, what Magdalena really wants is to be a musical star and she is willing to do anything to achieve it. END_OF_DOCUMENT_TOKEN_TO_BE_REPLACED 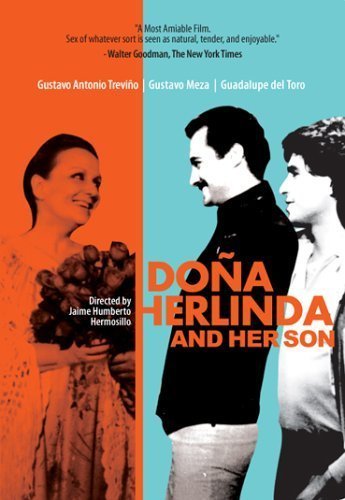 Dona Herlinda is a wealthy, fantastically manipulative widow living in Guadalajara who quietly accepts her son Rudolfo’s affair with a handsome young music student, Ramon. After she invites Ramon to live with her family (“Rudolfo has such a big bed,” she says) the situation becomes hilariously complicated by Rudolfo’s marriage of convenience to Olga, a feminist and employee of Amnesty International. END_OF_DOCUMENT_TOKEN_TO_BE_REPLACED 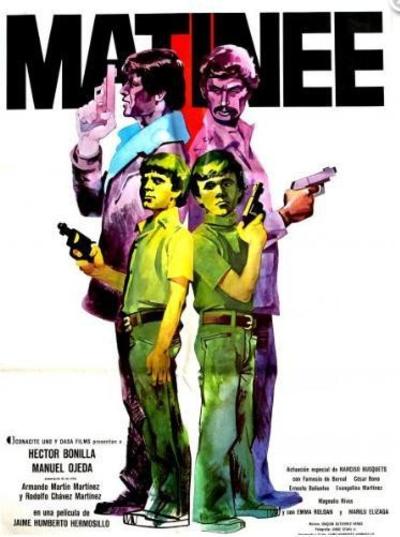 Synopsis (University of California, Berkeley Art Museum & Pacific Film Archive)
Within the framework of a thriller, Hermosillo presents in Matinee a film that is rich in the dreams and ambiguities of childhood. Two precocious provincial boys, enamored of the movies, head out for Mexico City in search of some real-life adventure. They are kidnapped by a gang of gunmen who adopt them as mascots, but also involve them in their cutthroat activities. The criminal escapades are a dream-come-true for the boys, until the police come into the picture and they are forced to betray their kidnappers. The boys are returned to the provinces as hometown heroes–returned to the quiet streets and the dubious thrill of the Saturday matinee. Hermosillo recalls the black humor of Buñuel and the boyhood adventures of Robert Louis Stevenson and Mark Twain; and like them, he rejects the innocence of childhood for something more complex, which, though it is never defined, is the subject of Matinee. END_OF_DOCUMENT_TOKEN_TO_BE_REPLACED 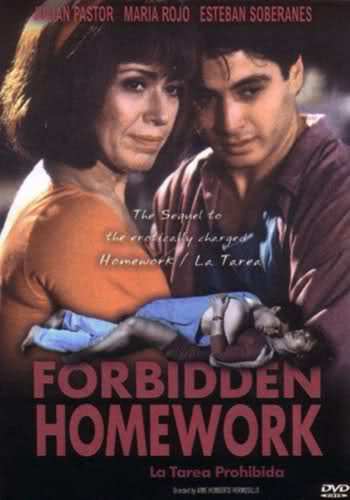 In this provocative drama from Mexican filmmaker Jaime Humberto Hermosillo, Julian Pastor plays a young college student who is living with his aunt. The student is taking a course in filmmaking and is working on a short video as a class project. An attractive middle-aged woman, Marieda (Maria Rojo), arrives to audition for a part in the video; when the film’s male lead fails to show up, the young man takes the role as he auditions a romantic scene with the woman, and later they move from pretend lovemaking to the real thing. But as it turns out, this isn’t the first time the boy and the woman have met, which leads to a disturbing revelation. Forbidden Homework was a semi-sequel to Hermosillo accalimed feature La Tarea. (All Movie Guide) END_OF_DOCUMENT_TOKEN_TO_BE_REPLACED