Quote:
In ”Him and Me,” at the Film Forum, James Benning, one of our more highly regarded experimental film makers, appears to be looking back over his life, from the 1950’s to the 80’s, recalling it in terms of public events and private sorrows, landscapes, streets, music and colors.

I emphasize the word ”appears” because ”Him and Me” makes no attempt to be coherent in any conventional sense. The film is composed of dozens of sometimes startlingly beautiful fragments of images and sounds, involving people who are never identified, sometimes accompanied by off-screen voices that may take the form of first-person reminiscences or of inconclusive conversations. END_OF_DOCUMENT_TOKEN_TO_BE_REPLACED

Quote:
For his career-long excavation of the American national character, James Benning found two of his most striking case studies in a pair of murderers whose crimes took place 30 years and more than half the country apart. Landscape Suicide, like many of Benning’s films, consists largely of footage of places, landscapes, and roads accompanied by—or paired with—speech. The speech, in this case, comes from the court testimonies of Bernadette Protti, who stabbed one of her California high-school classmates to death in 1984 over an insult, and Ed Gein, the infamous Plainfield, Wisconsin, killer who made trophies out of his victim’s bodies, read aloud by actors directly to the camera. Benning’s America is a country terrified equally by the wilderness to which it’s in thrall and the civilization it’s set up to keep that wilderness at bay—and nowhere in his work does that tension become more chillingly clear. END_OF_DOCUMENT_TOKEN_TO_BE_REPLACED

Quote:
Benning, like Kaczynski a mathematician who came of age in a working-class Midwestern family in the late 1950s/early 1960s, was able not only to get hold of Kaczynski’s secret journals but also managed to decipher their code (giving added significance to the filmmaker’s reprise of his subject’s words: “FBI, suck my cock!”). END_OF_DOCUMENT_TOKEN_TO_BE_REPLACED Synopsis
Measuring Change consists of two shots, which run for about 30 minutes each. The camera is completely still and its placement seems to be exactly the same for both. The film revisits Robert Smithson’s Spiral Jetty, his landmark 1970 sculptural work on the northeast shore of the Great Salt Lake, which the director had already interacted with in Casting a Glance (2007). The filmmaker seemingly repeats the vantage point of one of the shots he made ten years before, allowing the jetty to spiral towards the center of the frame. Yet, there are two major differences. While Casting a Glance was shot on 16mm, and dealt with the durational limitations of the film reel, Measuring Change is shot on digital, which allows one to watch Smithson’s work through Benning’s camera for a much longer period of time (in the Q&A after the screening, he mentioned that he actually prefers the digital image over film – something one doesn’t hear often coming from filmmakers). The other difference is that this time the lake has receded so far back that the Smithson’s piece is completely surrounded by land, while the shore gets lost in the horizon. END_OF_DOCUMENT_TOKEN_TO_BE_REPLACED 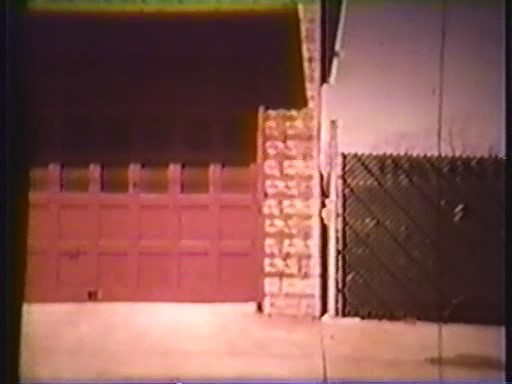 From AllMovie Guide:
“James Benning’s early films fused the “structuralist” investigations into sound-image relationships of filmmakers like Michael Snow and Hollis Frampton with an interest in narrative and a deep sensitivity to color, light, and landscape. He first grabbed the attention of the avant-garde film world with 8 1/2 x 11 and 11 x 14. Filmed in vivid color in the rural and urban landscapes of his native Midwest, these two films would provide the kernel for his further investigations into film form.
His films’ rigorous structures — often based on numerical systems — and exquisitely composed shots reflect his training as a mathematician, and their frequently autobiographical subject matter draws upon his working-class roots (a rare subject for avant-garde film) and his longtime commitment to political activism. END_OF_DOCUMENT_TOKEN_TO_BE_REPLACED 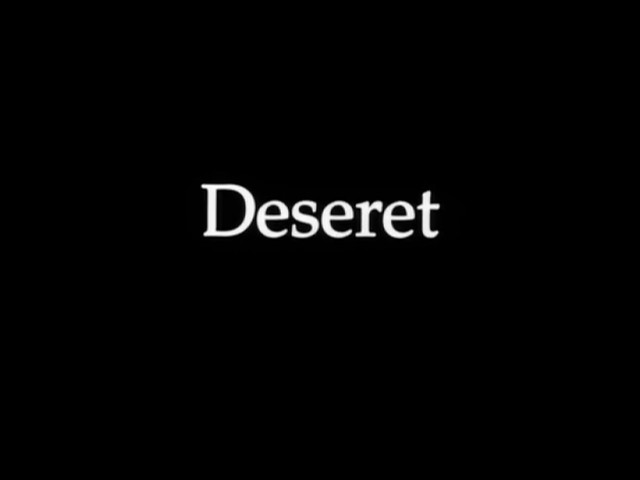 From the Chicago Reader
One of the best films of James Benning, one of this country’s leading experimental filmmakers, is this multifaceted look at the landscape and history of Utah (or Deseret, as the Mormon Church prefers to call it). Benning condenses 93 news stories from the New York Times from 1852 to 1992 (read offscreen by Fred Gardner) and sets them against contemporary Utah landscapes, the shots changing with each sentence. Benning’s eye for evocative beauty is as sharp as ever, and his complex invitation to the viewer to create a narrative space between his separate elements keeps this 1995 film continually fascinating. 82 min. END_OF_DOCUMENT_TOKEN_TO_BE_REPLACED 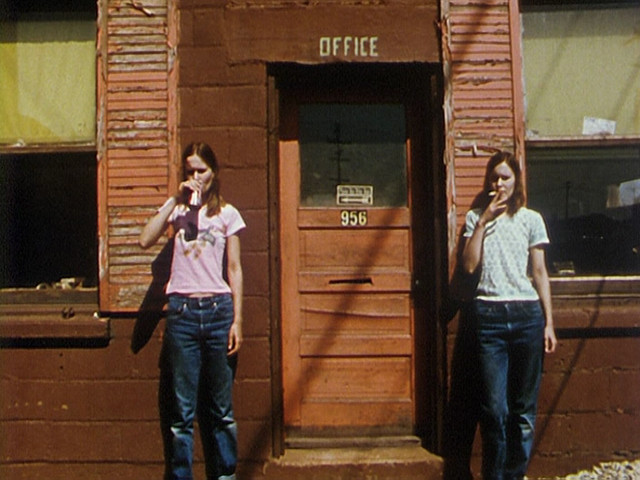