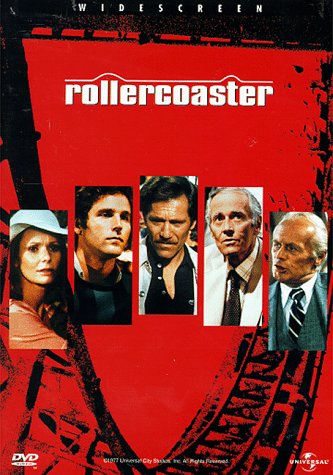 Quote:
Originally augmented with the Sensurround technique to simulate the thrills of its title, “Rollercoaster” spins a tale of one man holding thousands of lives at stake. A quiet man with a deep understanding of explosives, rollercoasters and electronics — and possibly a traumatic history in the Vietnam War — targets the patrons of an amusement park for his million-dollar extortion scheme. He informs federal agents and the owners of the park that he has planted a bomb and he demands $1,000,000. When they call his bluff, he detonates a device on a popular rollercoaster that sends cars and riders hurtling off the tracks. The authorities then call on the one man who can outsmart the bomber… and prevent any other losses. END_OF_DOCUMENT_TOKEN_TO_BE_REPLACED