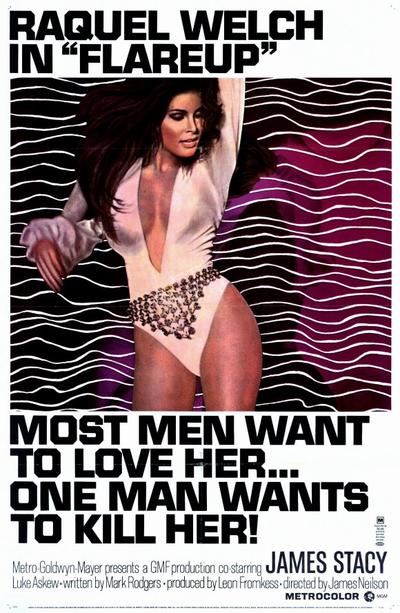 Alan Morris, distraught over the failure of his marriage, shoots his estranged wife, Nikki, a Las Vegas go-go dancer, and vows to kill Michele and Iris, Nikki’s dance partners, whom he blames for his marriage breakup. He seeks out Michele and Iris as they leave the hospital where Nikki has died and runs over Iris and the police officer assigned to protect the two women. Terrified, Michele leaps into her car and flees to Los Angeles. There she finds a job at the Loser’s Club and strikes up an acquaintance with Joe, the club’s parking lot attendant. Alan learns of Michele’s whereabouts, hitchhikes to Los Angeles, murders the man from whom he accepted the ride and steals his car, and begins stalking Michele, who, by now, has moved into Joe’s apartment. After a final narrow escape in which the police arrive as Alan corners Michele at the zoo, he confronts her in Joe’s apartment. His plan is to kill her after forcing her to witness Joe’s murder. Minutes before Joe arrives, Michele breaks free, douses Alan with kerosene, and sets him on fire. END_OF_DOCUMENT_TOKEN_TO_BE_REPLACED