Dr. Frankenstein and his monster both turn out to be alive, not killed as previously believed. Dr. Frankenstein wants to get out of the evil experiment business, but when a mad scientist, Dr. Pretorius, kidnaps his wife, Dr. Frankenstein agrees to help him create a new creature, a woman, to be the companion of the monster. END_OF_DOCUMENT_TOKEN_TO_BE_REPLACED

amazon
After directing three of Universal’s finest horror films, James Whale shifted gears with the elegant romantic comedy By Candlelight. Though quite miscast, Paul Lukas successfully conveys the role of Josef, ultra-dutiful valet to the libidinous Count Von Bommer (Nils Asther). Falling in love with Marie (Elissa Landi), whom he assumes to be a countess, Josef poses – quite convincingly – as his rakish master. The catch: Marie is herself a poseur, a mere maidservant to Count and Countess Von Rischenheim (Lawrence Grant, Dorothy Revier). Based on a play by Siegfried Geyer, By Candlelight is chock full of delightfully double-entendre pre-Code dialogue and dextrous directorial touches. END_OF_DOCUMENT_TOKEN_TO_BE_REPLACED

Synopsis:
A seaplane departs for China. On board are a nurse escaping a loveless marriage to do work with refugees, a woman hoping to surprise her estranged son, a wealthy heiress trying to distance herself from labor troubles, an oily politician, a moll and a mobster fleeing the wrath of the gangs they’ve double-crossed, two rival munitions salesmen out to cash in on the misery of war, and a fresh-faced young steward. Caught in a course-altering storm, a crash-landing destroys the plane, kills the plane’s officers, and tosses the surviving passengers into the sea. They are washed ashore on an isolated island inhabited solely by mysteriously reclusive Mr. Taylor and his servant, Ping. Until Taylor decides if, how and when he will allow them to take his boat back to China for help, this disparate band must work together, change their self-centered ways, and examine their motives for wanting to escape from the island and their pasts. END_OF_DOCUMENT_TOKEN_TO_BE_REPLACED

Henry Frankenstein is a doctor who is trying to discover a way to make the dead walk. He succeeds and creates a monster that has to deal with living again. END_OF_DOCUMENT_TOKEN_TO_BE_REPLACED

Synopsis:
Seeking shelter from a pounding rainstorm in a remote region of Wales, several travellers are admitted to a gloomy, foreboding mansion belonging to the extremely strange Femm family. Trying to make the best of it, the guests must deal with their sepulchral host, Horace Femm and his obsessive, malevolent sister Rebecca. Things get worse as the brutish manservant Morgan gets drunk, runs amuck and releases the long pent-up brother Saul, a psychotic pyromaniac who gleefully tries to destroy the residence by setting it on fire. END_OF_DOCUMENT_TOKEN_TO_BE_REPLACED 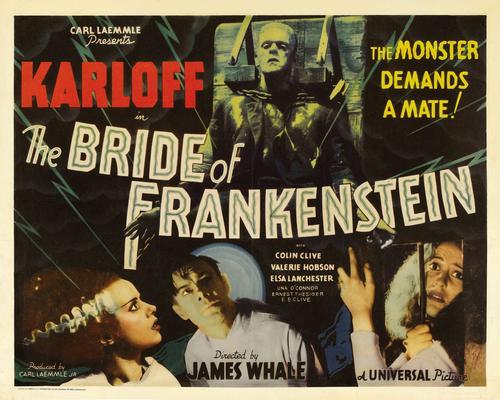 Sequel to 1931’s Frankenstein, Bride of Frankenstein was directed by James Whale and stars Boris Karloff as The Monster, Elsa Lanchester in the dual role of his mate and Mary Shelley, Colin Clive as Henry Frankenstein and Ernest Thesiger as Doctor Septimus Pretorius.

The film follows on immediately from the events of the earlier film, and is rooted in a subplot of the original Mary Shelley novel, Frankenstein (1818). In the film, a chastened Henry Frankenstein abandons his plans to create life, only to be tempted and finally coerced by the Monster, encouraged by Henry’s old mentor Dr. Pretorius, into constructing a mate for him. END_OF_DOCUMENT_TOKEN_TO_BE_REPLACED 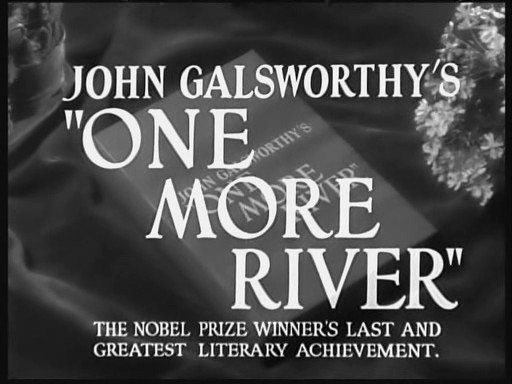 IMDB reviewer: Highly superior soap
…a Galsworthy novel, adapted by playwright R.C. Sheriff (author of the great
antiwar play “Journey’s End”), directed with great assurance by James Whale, and
with a near-amazing cast. As an abused high society wife trying to wrench free of her
extremely nasty husband, Diana Wynyard is ladylike and touching. A very young
Jane Wyatt is her confidante, Henry Stephenson is a helpful lawyer relative, and
Frank Lawton is the appealing young man who falls in love with her. All are upstaged
by Mrs. Patrick Campbell, a formidable presence bellowing every line with relish.
It’s remarkably adult for its day, with a modern attitude about adultery (our heroine
doesn’t, but the movie seems to believe she should). It’s literate and
fast-moving, and sandwiched between Whale’s “The Invisible Man” and “The Bride of
Frankenstein,” it’s one of several examples of how assured he was outside of the
horror genre.< END_OF_DOCUMENT_TOKEN_TO_BE_REPLACED