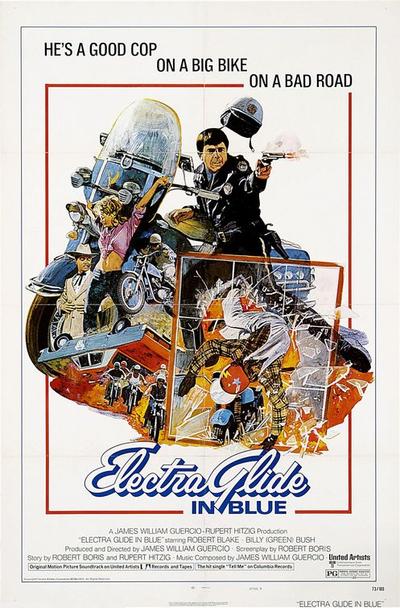 Synopsis:
The tension between a lonely policemen and the journeymen of the counter culture provides the subtext, and the stunning martian look of the Arizona mesa the backdrop, of a brilliant and influential debut feature by musician James William Guercio; the film is the missing link between The Searchers and No Country for Old Men. John Wintergreen is a diminutive motorcycle cop working the lonely highways of Arizona in the mid seventies. He works alone, but occasionally hooks up with his pal “Zipper”. Wintergreen is conscientious and friendly, whereas Zipper is bored and argumentative, often holing up off the highway to read comic books rather than out on the road . Wintergreen is a native american and has ambitions to be a detective. So when Zipper and Wintergreen find a delerious and disoriented elderly man wandering in the desert, the trail of how he got there leads back to a deserted shack. Inside is the body of a man who has committed suicide with a shotgun. Wintergreen airs his suspicions about the death, first to the coroner who is keen not to get involved, and then to Harve Poole, an Arizona detective. Harve believes John Wintergreen’s suspicions are right and takes him under his wing as his driver and protege. END_OF_DOCUMENT_TOKEN_TO_BE_REPLACED