A cultural documentary that uses some of the central ideas of 19th century German socialist and philosopher Karl Marx to try to make sense of the global financial crisis of 2008-09. This crisis prompted the U.S. government to spend more than 1 trillion dollars in order to rescue its banking system from financial meltdown. But can the largest financial losses in history really be put down to the natural risks and uncertainties of the free market? Or is there another explanation as to why the crisis happened and what its implications are for the future of our society, our economy, for our whole way of life? END_OF_DOCUMENT_TOKEN_TO_BE_REPLACED 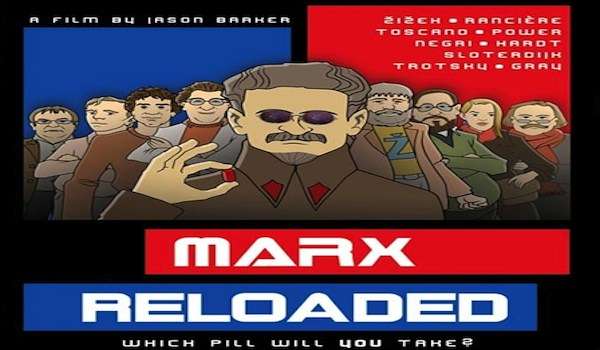 “Marx Reloaded” is a cultural documentary that examines the relevance of German socialist and philosopher Karl Marx’s ideas for understanding the global economic and financial crisis of 2008—09. The crisis triggered the deepest global recession in 70 years and prompted the US government to spend more than 1 trillion dollars in order to rescue its banking system from collapse. Today the full implications of the crisis in Europe and around the world still remain unclear. Nevertheless, should we accept the crisis as an unfortunate side-effect of the free market? Or is there another explanation as to why it happened and its likely effects on our society, our economy and our whole way of life? END_OF_DOCUMENT_TOKEN_TO_BE_REPLACED