Quote:
A group of friends listen as one man tells them a story about a time when, in a small cafe, he discovered a peephole into the ladies’ bathroom and became addicted to looking through it at female genitals. They ask him questions and come to conclusions about sex. This is a filmed, scripted version. Then, the actual person who this happened to relates the same story; this time, however, it is an unscripted documentary, in which the same things occur as in the scripted one. END_OF_DOCUMENT_TOKEN_TO_BE_REPLACED

A family portrait in which the director profiles his grandmother. END_OF_DOCUMENT_TOKEN_TO_BE_REPLACED

A few days of a dandyish French intellectual in his late 20s named Alexandre (Jean-Pierre Leaud), who’s living with and supported by his lover, Marie (Bernadette Lafont); she’s in her mid-30s and runs a small boutique. In the first scene he borrows a neighbor’s car and tracks down a former girlfriend, Gilberte (Isabelle Weingarten), who’s just started a new semester at the Sorbonne, and tries to persuade her to marry him, only to discover that she’s just agreed to marry someone else. (We and Alexandre briefly glimpse Gilberte with her husband, played by Eustache, toward the end of the film, in the liquor section of a department store.) After hanging out with an equally idle friend (Jacques Renard) at the Deux Magots cafe, Alexandre follows a young woman after she leaves a nearby table, asks for her phone number, and scores; the remainder of the film is devoted to his courting of her. END_OF_DOCUMENT_TOKEN_TO_BE_REPLACED

Quote:
The hard life of a young man in the provinces of France in the ’60s when you want to seduce girls or even just have a talk with them. END_OF_DOCUMENT_TOKEN_TO_BE_REPLACED 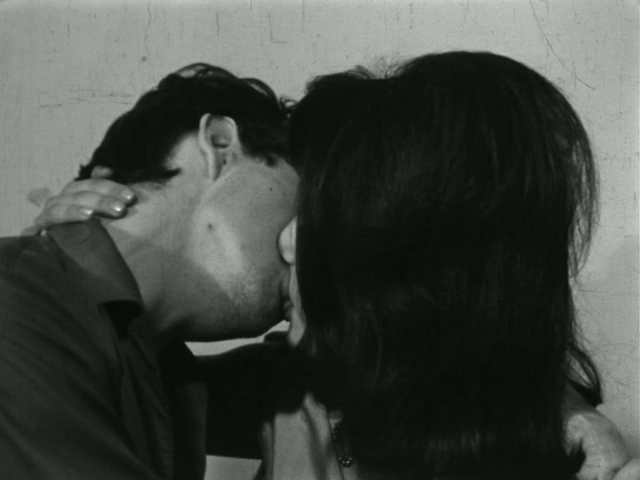 Eustache’s debut film follows two young men near the place de Clichy, looking for fun and whatever trouble comes with it. Unsurprisingly, their attention ultimately falls on a girl. They go to a dancing called “Robinson”. Spurned when she decides to go dancing with someone else, their thoughts quickly turn to revenge. Slowly, we discover the layer of despair that sits just under their carefree appearance. END_OF_DOCUMENT_TOKEN_TO_BE_REPLACED

Daniel (Jean-Pierre Léaud) is desperate to buy a new duffle coat but has no money to do so. Taking a job as a street-corner Santa Claus, he begins to earn income and, more surprisingly, the attention of many young women taken with his costume. Eustache infuses Daniel (and his hometown of Narbonne, where the film takes place) with a keen sense of compassion. As always, daily reality is at the forefront: how Daniel spends his time, his efforts to meet girls, his attempts to make money. A wonderfully earthy film, and Eustache’s first major work. END_OF_DOCUMENT_TOKEN_TO_BE_REPLACED