The dangerously obsessive relationship between a psychologically manipulative brother and sister who isolate themselves and draw others into their mind games. END_OF_DOCUMENT_TOKEN_TO_BE_REPLACED

Synopsis:
A French UN delegate has disappeared into thin air, sending reporter Moreau (Jean-Pierre Melville) and hard drinking photographer Delmas (Pierre Grasset) on an assignment to find him. Their only lead is a picture of three women. END_OF_DOCUMENT_TOKEN_TO_BE_REPLACED

Quote:
Edouard Coleman (Alain Delon) spends his days and nights chasing criminals, but doesn’t see the crook right under his nose. Simon (Richard Crenna), a smooth nightclub owner, works with a small crew to execute daring heists with big payoffs, while the beautiful Cathy (Catherine Deneuve) is torn between them. As cop and criminal do what they do best, paths converge and old scores must be settled. The 13th and final film from Gallic great Melville (Bob Le Flambeur, Army of Shadows) doubles-down the ice-blue look that had been the director’s signature in Le Samourai and Le Cercle Rouge, both starring the equally cool Delon. END_OF_DOCUMENT_TOKEN_TO_BE_REPLACED

Synopsis:
Master thief Corey (Alain Delon) is fresh out of prison. But instead of toeing the line of law-abiding freedom, he finds his steps leading back to the shadowy world of crime, crossing those of a notorious escapee (Gian Maria Volonté) and alcoholic ex-cop (Yves Montand). As the unlikely trio plots a heist against impossible odds, their trail is pursued by a relentless inspector (Bourvil), and fate seals their destinies. Jean-Pierre Melville’s Le cercle rouge combines honorable anti-heroes, coolly atmospheric cinematography, and breathtaking set pieces to create a masterpiece of crime cinema. END_OF_DOCUMENT_TOKEN_TO_BE_REPLACED

Veteran gangster Gustave (Lino Ventura) escapes from prison to find his sister is being blackmailed by some petty thugs in this crime thriller. He plans one last caper to steal enough money in hopes of retiring to a tropical paradise. He and his gang are sought by a detective (Paul Meurisse), the cop who plays by the book and avoids the sadistic torture practiced by his less-honorable cohorts. Soon Gustave is caught between the police and the double-crossing gangsters and discovers too late that there is no honor among thieves. END_OF_DOCUMENT_TOKEN_TO_BE_REPLACED

A day in the life of Beby the clown. Filmed between shows at Circus Medrano, at home and in the streets of Paris, with his faithful partner and friend the clown Maïss. END_OF_DOCUMENT_TOKEN_TO_BE_REPLACED 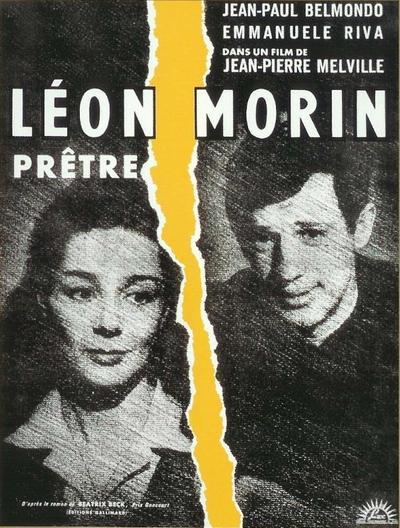 Jean-Paul Belmondo delivers a subtly sensual performance in the hot-under-the-collar Léon Morin, Priest (Léon Morin, prêtre), directed by Jean-Pierre Melville. The French superstar plays a devoted man of the cloth who is desired by all the women of a small village in Nazi-occupied France. He finds himself most drawn to a sexually frustrated widow—played by Emmanuelle Riva—a religious skeptic whose relationship with her confessor turns into a confrontation with both God and her own repressed desire. A triumph of mood, setting, and innuendo, Léon Morin, Priest is an irreverent pleasure from one of French cinema’s towering virtuosos. (Criterion) END_OF_DOCUMENT_TOKEN_TO_BE_REPLACED