Quote:
After losing her mother at an early age and being raised at a boarding school, Cristina Reiner is notified of her father’s death and summoned to Monserrat Mansion for the reading of his will. Other members of her strange, accursed family are found there awaiting the imminent demise of Cristina’s ailing stepmother, whom she has never met. When Death finally visits the castle in the person of an elegantly attired Queen of Darkness, Cristina is approached by the ghost of her father, who advises her to flee the castle and her cold-skinned, bloodthirsty relatives. But is it already too late? END_OF_DOCUMENT_TOKEN_TO_BE_REPLACED

Synopsis:
Marie and Michelle are escaping from a lunatic asylum. Michelle is a tough girl who knows how to survive on the road, but the extremely shy Marie desperately clings to her until Michelle gives in and promises help. The two get into a lot of trouble which puts their friendship to a test. END_OF_DOCUMENT_TOKEN_TO_BE_REPLACED

SYNOPSIS:
Directed by French cult hero Jean Rollin, Perdues Dans New York/Lost In New York concerns two women who find themselves mysteriously transported from a seaside in France to the streets of New York City. Separated and lost, they must find each other and figure out how to get back home. END_OF_DOCUMENT_TOKEN_TO_BE_REPLACED

The misadventures of young Elizabeth journeying through the French countryside by train. Her companion falls prey to a bloodthirsty zombie, while she barely escapes with her life and dodges an undead shambler with a penchant for bashing his head against car windshields. She finds shelter in a nearby farmhouse inhabited by a man and wife, but alas her safety is short-lived when the farmer takes a pitchfork to his spouse on the kitchen table. Apparently their consumption of wine for the local vineyards is to blame, and soon the countryside is filled with the anguished, half-conscious victims of the grapes contaminated by chemical exposure. With the aid of two die hard beer drinkers, Elizabeth fights back against the growing zombie population during a long night of unrelenting terror. END_OF_DOCUMENT_TOKEN_TO_BE_REPLACED

Synopsis:
A woman is taken to a mysterious clinic whose patients have a mental disorder in which their memories and identities are disintegrating as a result of a strange environmental accident. END_OF_DOCUMENT_TOKEN_TO_BE_REPLACED 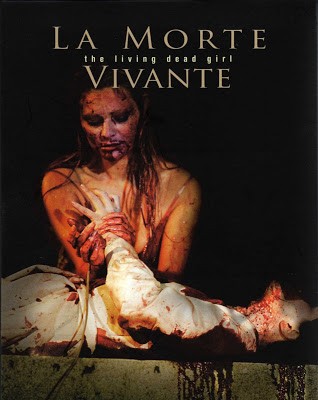 Quote:
Thought of by some as the last truly great film of Jean Rollin’s career, the 1982 feature La Morte Vivante (The Living Dead Girl) is a fascinating but flawed feature graced with two of the most unforgettable performances in all of Rollin’s canon. A frustrating work brought to life by some of the most iconic imagery seen in a Rollin film, The Living Dead Girl is a simultaneously ferocious and poetic work deserving of its reputation as one of Rollin’s most important films… END_OF_DOCUMENT_TOKEN_TO_BE_REPLACED 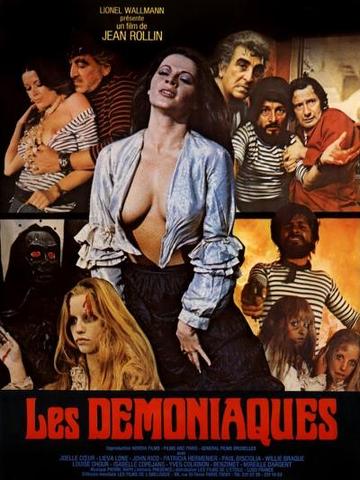 Quote:
Jean Rollin’s surreal pirate film takes place on land amidst the skeletons of beached and plundered ships, the legacy of a cutthroat band of “wreckers” who lure ships into the shallows. When a pair of survivors, young girls glowing in white nightgowns, wander through the shallows seeking help from the merry quartet, they are summarily molested, beaten, and left for dead. Like in many of Rollin’s films, the story doesn’t make much narrative sense–the girls escape to the haunted ruins where a woman in clown makeup cares for them and a mysterious magician gives them the power to take their revenge in return for sex–but the logic takes on a dreamlike quality appropriate to the gorgeous and bizarre imagery. In a strange tavern adorned with skeletons (and a man playing with a Dracula doll!), the Captain is haunted by visions of the girls as white-faced specters. A search for the girls amidst the rotting hulls of old ships culminates in a fiery inferno that burns spectacularly against the night sky. Meanwhile well-endowed costar Joëlle Coeur strips at the slightest suggestion, frolics and bounces on a bed, and runs around the beach topless while hunting the girls. Rollin’s strange little film, a ghost story without ghosts, rambles on a little too long before it culminates in a self-destructive frenzy and ends on a sad, serene note. END_OF_DOCUMENT_TOKEN_TO_BE_REPLACED