Quote:
When Irene gets a job as a hotel maid she soon finds out that the previous girl disappeared in mysterious circumstances. END_OF_DOCUMENT_TOKEN_TO_BE_REPLACED

Little Joe follows Alice (Emily Beecham), a single mother and dedicated senior plant breeder at a corporation engaged in developing new species. She has engineered a special crimson flower, remarkable not only for its beauty but also for its therapeutic value: if kept at the ideal temperature, fed properly and spoken to regularly, this plant makes its owner happy. Against company policy, Alice takes one home as a gift for her teenage son, Joe. They christen it ‘Little Joe.’ But as their plant grows, so too does Alice’s suspicion that her new creation may not be as harmless as its nickname suggests. END_OF_DOCUMENT_TOKEN_TO_BE_REPLACED

Quote:
In order to escape her isolation, wheelchair-bound Christine makes a life changing journey to Lourdes, the iconic site of pilgrimage in the Pyrenees Mountains. END_OF_DOCUMENT_TOKEN_TO_BE_REPLACED

For her directorial debut, Jessica Hausner has created an honest and revealing portrait of Rita, a wilful and unruly teenager on the verge of womanhood. Her sexual awakening leads her to intimacy with a schoolboy too young and a bus driver, too old. Her efforts to break out of her solitude and claustrophobic environment isolate her even more, until one day she crosses the line… END_OF_DOCUMENT_TOKEN_TO_BE_REPLACED 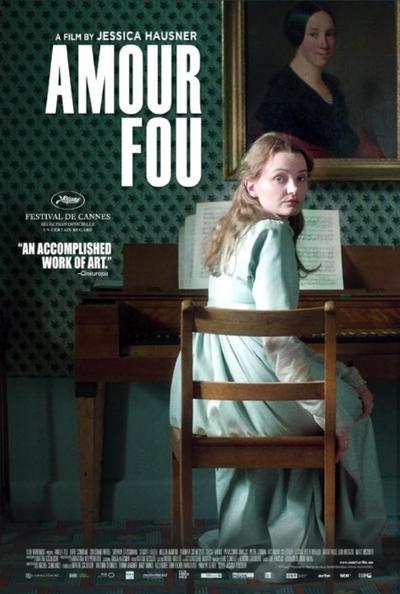 Synopsis:
Berlin, the Romantic Era. Young poet Heinrich wishes to conquer the inevitability of death through love, yet is unable to convince his sceptical cousin Marie to join him in a suicide pact. It is whilst coming to terms with this refusal, ineffably distressed by his cousin’s insensitivity to the depth of his feelings, that Heinrich meets Henriette, the wife of a business acquaintance. Heinrich’s subsequent offer to the beguiling young woman at first holds scant appeal, that is until Henriette discovers she is suffering from a terminal illness. AMOUR FOU is a “romantic comedy” based loosely on the suicide of the poet Henrich von Kleist in 1811. END_OF_DOCUMENT_TOKEN_TO_BE_REPLACED