Jim Clark – Every Home Should Have One AKA Think Dirty (1970)

Advertising executive Teddy Brown is given the job of coming up with a campaign to use sex to sell frozen porridge on tv. He is told that he must go home and do nothing else but ‘think sex’. Unaware of this, his wife Liz has joined ‘England Clean, England Strong’, a morality campaign that wants to clean up England’s airwaves of smut. When Liz decides it would be best not to continuing having sexual relations with Teddy in reflecting the virtues she is trying to promote, both the resulting frustration and his creative endeavours combine to send him off into a series of bizarre fantasies. END_OF_DOCUMENT_TOKEN_TO_BE_REPLACED 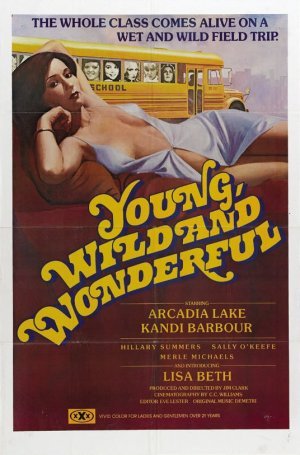 Plot Synopsis:
A bus-load of high school seniors goes on a field trip to an art museum and becomes involved in various sexual adventures, both real and imagined. END_OF_DOCUMENT_TOKEN_TO_BE_REPLACED