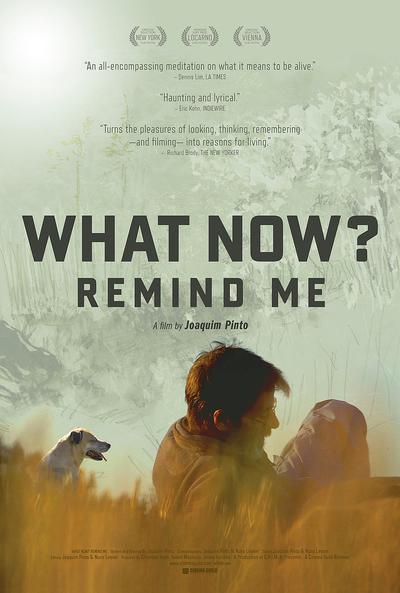 Synopsis:
Joaquim Pinto has been an instrumental figure in Portuguese cinema for over 30 years, whether directing his own films, as producer or sound designer for renowned filmmakers such as Raul Ruiz, Manoel de Oliveira and Joao Cesar Monteiro.

In his newest film, What Now? Remind Me, winner of the Jury Prize at the Locarno Film Festival, Pinto, who has been living with HIV for more than two decades, looks back at his life in cinema, at his friendships and loves, and at the mysteries of art and nature — while undergoing an experimental drug treatment.

Moving freely between past and present, fact and fantasia, What Now? Remind Me is a beautiful portrait of a man looking beyond his own mortality at the world around us. END_OF_DOCUMENT_TOKEN_TO_BE_REPLACED