Twenty-five years after the end of the Trojan War, Odysseus still has not returned home. So his son, Telemachus, sets off on a journey in search of his lost father. So begins Homer’s revered epic poem, The Odyssey, the primary narrative reference point for THE NINE MUSES, John Akomfrah’s remarkable meditation about chance, fate and redemption. END_OF_DOCUMENT_TOKEN_TO_BE_REPLACED 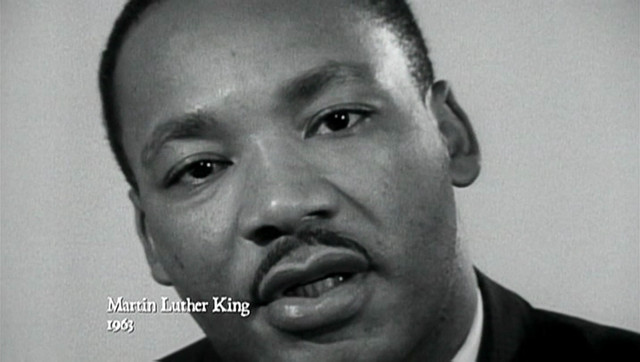 Documentary commemorating the 50th anniversary of Martin Luther King’s March on Washington, a pivotal moment in the Civil Rights Movement in the United States. This programme tells the story of the how the march for jobs and freedom began, speaking to the people who organised and participated in it. Using rarely seen archive footage the film reveals the background stories surrounding the build up to the march as well as the fierce opposition it faced from the JFK administration, J. Edgar Hoover’s FBI and widespread claims that it would incite racial violence, chaos and disturbance. The film follows the unfolding drama as the march reaches its ultimate triumphs, gaining acceptance from the state, successfully raising funds and in the end, organised and executed peacefully – and creating a landmark moment in the struggle for civil rights and racial equality in the united states. END_OF_DOCUMENT_TOKEN_TO_BE_REPLACED