“John Cook found the subject of his first documentary in front of his doorstep. In order to pierce the heart of reality you do not need the largest bow – the protagonists and their story are simply too stimulating to pass them by. The janitor Gisi and Petrus – half her age, a gypsy , boxer and delinquent – are an unusual couple of the film , surrounded by a bunch of children . Today we would say that “I Just Can’t Go On” is a film about about precarity . It might be more precise to gescribe Gisi and Petrus as belonging to the class of the “outsiders” who at the margins of society build an enclave constantly threatened to tumble . Gisi works to her limit ; she cleans the house during the day and takes care of the children in the evening . Petrus shifts between energy-sapping occasional jobs and his boxing training , none of which he ever finishes successfully . END_OF_DOCUMENT_TOKEN_TO_BE_REPLACED 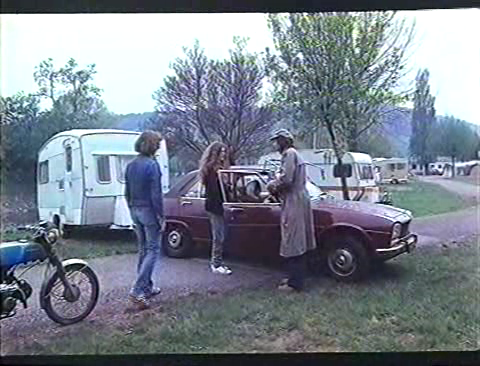 Quote:
Peter, a 20 year old Viennese photographer, has made the bookings for a holiday with his friend Liesl in the south of France. A French tourist seduces him and he falls for her. Liesl is mad at him. But she wants to go on the trip so she leaves with him. But they do not spend their time together. She flirts with the men on the beach while Peter falls for Simone, a southern beauty, even though they don’t speak the same language. Simone’s fiancé arrives and their affair is over. He misses her exotic charm and doesn’t find it in Liesl who’s just ‘the girl next door’ for him. Liesl flies back home when their vacation ends but Peter wants to stay on in France and look for a job. Contemporary love story about the confrontation of French and Austrian culture. END_OF_DOCUMENT_TOKEN_TO_BE_REPLACED