Grab a box of hankies and curl up for a night of jerked tears and warm fuzzies with Enchanted Cottage, the romantic and melodramatic tale of a horribly disfigured WW II vet who finds love and renewal at the terribly plain, wallflowery hands of a young spinster. Knowing that society is incapable of appreciating the mutually regarded beauty within each of the lovers, they retire to the romantic seclusion of a lonely cottage in New England. The plot is taken from a romantic play by Arthur Pineroi and was filmed before in the mid ’20s. END_OF_DOCUMENT_TOKEN_TO_BE_REPLACED

Victory was the first of Joseph Conrad’s novels to be adapted to film, way back in 1919. The earliest talkie version, pointlessly retitled Dangerous Paradise, was lensed in 1930. Finally, Victory was given its best screen treatment in 1940 under the sensitive direction of John Cromwell. Fredric March plays an intellectual British recluse living in the Dutch East Indies. Having vowed to close himself off from the world, March is forced to break this promise to himself when lovely travelling showgirl Betty Field is imperiled by three murderous scavengers. The villains–led by Cedric Hardwicke at his most sardonically scurrilous–switch their attentions from Field to March when they’re led to believe that the recluse is wealthy. The experience shakes the morose March back into the real world, but his regeneration is tinged by tragedy. Not precisely perfect (it’s possible the book was unfilmable), the 1940 Victory is superior to the earlier film versions if for no other reason than its retention of Joseph Conrad’s overall sense of doom and foreboding. END_OF_DOCUMENT_TOKEN_TO_BE_REPLACED

Plot:
Among the most masterful matchups of actor and role in screen history is this stirring film of Robert E. Sherwood’s beloved play taking a thoroughly human look at the early years of our 16th President, with all his frailties and strength of character. Best Actor Oscar nominee* Raymond Massey (who originated the role on stage) wonderfully plays the future Great Emancipator in a chronicle of his backwoods childhood through his first romance with Ann Rutledge (Mary Howard) to his phenomenal rise to President Elect, besting the great orator Stephen Douglas (Gene Lockhart). Ruth Gordon also does memorable work as driven, ambitious Mary Todd Lincoln, whose vision of Abe’s leadership destiny will not be denied by anyone – including her often reticent husband. There’s also no denying the enduring emotional power of this simple, magnificent movie. From Warner Brothers! END_OF_DOCUMENT_TOKEN_TO_BE_REPLACED

Synopsis:
Pregnant nineteen-year old Marie Allen (Eleanor Parker) is sentenced to prison as an accessory to robbery. The warden, Ruth Benton (Agnes Moorehead), dedicated to reforming even the most hardened of the prisoners, deals fairly with Marie, even upon learning of her condition. The naïve Marie comes up against tough block matron Evelyn Harper (Hope Emerson) and must decide whether accepting the friendship of the toughest prisoners will rub off on her and affect the future of her unborn child. END_OF_DOCUMENT_TOKEN_TO_BE_REPLACED 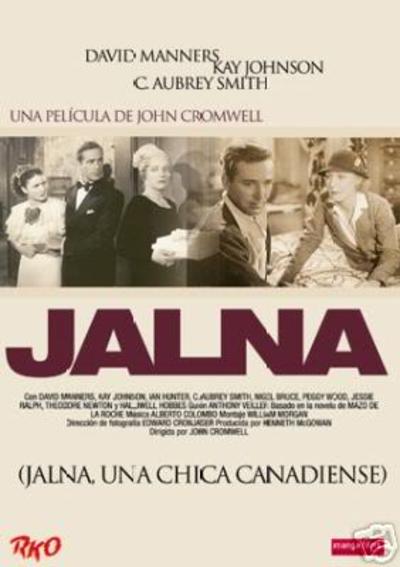 In this adaptation of author de la Roche’s chronicle of the passionate lives of the strange Whiteoaks of Jalna, their beautiful family estate located in souther Ontario. The story begins as a young Whiteoak, a novelist travels to New York where he encounters a charming woman, marries her, and takes her back to Jalna. There she encounters many difficulties as she attempts to adjust to life with his odd family. It does not help that several soap-operatic events transpired while he was gone when his brother married the illegitimate daughter of a despised neighbor. One day a “sexy dame” suddenly shows up on the family porch. Soon she and the novelist are trysting away, but before he can consummate their affair he is killed during a terrible fall. The new widow then realizes that it is a different brother that she loves. They soon marry. ~ Sandra Brennan, All Movie Guide END_OF_DOCUMENT_TOKEN_TO_BE_REPLACED