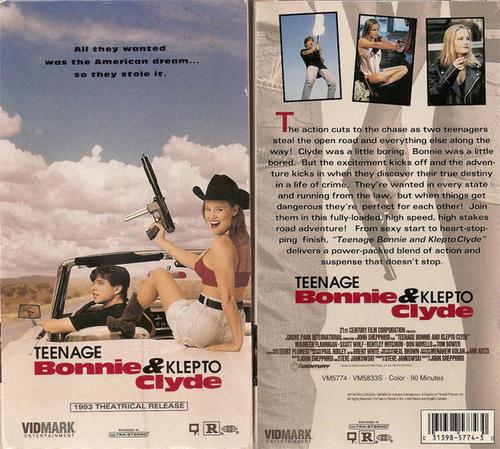 The Bonnie & Clyde story is re-told from a contemporary viewpoint. Clyde in this movie is a high school nerd working in the local burger joint. Urges to steal things are inflamed when he runs into Bonnie, the bored daughter of the local police commissioner, who is running with a street gang led by Kirk. Clyde immediately senses a kindred spirit in Bonnie. Initially she ignores him, but he rescues her from a shop-lifting charge and offers her a ride in a stolen van. Soon the two have taken guns from her father’s home and go off on a bloody crime spree… Written by John S. END_OF_DOCUMENT_TOKEN_TO_BE_REPLACED