Autotranslated description:
Impressions from the American Independence Day celebrations in Butte, Montana: evening mood, American flag on the veranda, barbecue, firecrackers, fireworks. A quote from Donald Trump: “Marxists, anarchists, troublemakers and looters destroy our statues, erase our history, indoctrinate our children and trample our freedom. Your goal is no better America, your goal is the end of America. ”A short, to-the-point comment.
(Mara Rusch) END_OF_DOCUMENT_TOKEN_TO_BE_REPLACED

Plain Talk & Common Sense (uncommon senses) “is a complex essay-film, a follow-up a decade and some years later to Speaking Directly, and so another State of the Nation discourse, made for Britain’s Channel Four in the year 1986-87. The work involved extensive travel around the United States, and poses an examination of just what America is/was, or what do we mean when we speak of it. Done in a series of radically different sections which collide with each other in a manner intended to provoke thinking, Plain Talk, which was made by an American and intended for American viewers, was indeed
broadcast in Britain, but somewhat predictably, not in the USA. “
–Jon Jost on his website. His website blurb used to be longer END_OF_DOCUMENT_TOKEN_TO_BE_REPLACED 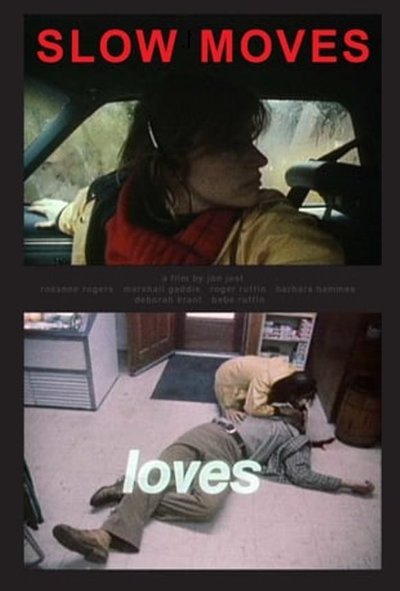 Slow Moves is a bluesy lyrical romance of two ugly-ducklings who meet on the Golden Gate Bridge and after a brief and awkward courtship, live together with the usual problems of money and work, take flight to an illusory freedom on the road, and dances inexorably to a drab doom. At once funny, grubby, beautiful, lyrical, tragic and sad. (Jon Jost) END_OF_DOCUMENT_TOKEN_TO_BE_REPLACED

An essay-film on language and theater, on human communication – intellectual in content, but purely poetic in terms of form: image, sound, language, cinema. Stagefright, with the exception of one shot, was all filmed in a small puppet theater space, actors against black. END_OF_DOCUMENT_TOKEN_TO_BE_REPLACED

In this independently produced drama, a timbermill owner is having great difficulty sustaining a livelihood due to overcutting and peculiarities of the international trade situation. Despite the damaging effect his mill has on the local environment, he appears to be someone who really enjoys the unspoiled wilderness, because he goes fly-fishing whenever he can. His troubled life edges veers into deeper waters when his daughter sends him a letter in which she accuses him of incest. Whether her story proves to be true or not, it is certain that his life is now ruined forever, as are the lives of those around him. ~ Clarke Fountain, All Movie Guide END_OF_DOCUMENT_TOKEN_TO_BE_REPLACED 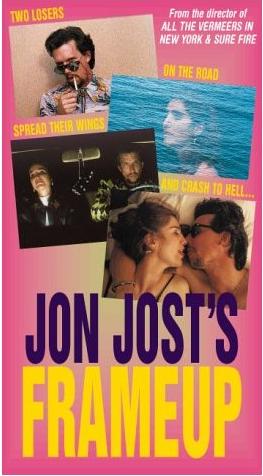 Made on short ends of film left over from The Bed You Sleep In, Frameup is a freewheeling road comedy about a pair of dimwitted lovers on the run. Ricky-Lee (Howard Swain), a two-bit criminal prone to spouting lengthy, obscenity-laced soliloquies, meets Beth-Ann (Nancy Carlin), an airheaded waitress with a weakness for romance novels, at the diner where she slings coffee. Immediately smitten, she joins him on a meandering journey across the Pacific Northwest — punctuated by the occasional robbery — and on into California, where the couple dream of heading to the sunny beaches of Los Angeles. Ricky-Lee’s ineptitude catches up with him eventually, however, and their trip is cut short when a convenience store robbery goes awry. END_OF_DOCUMENT_TOKEN_TO_BE_REPLACED 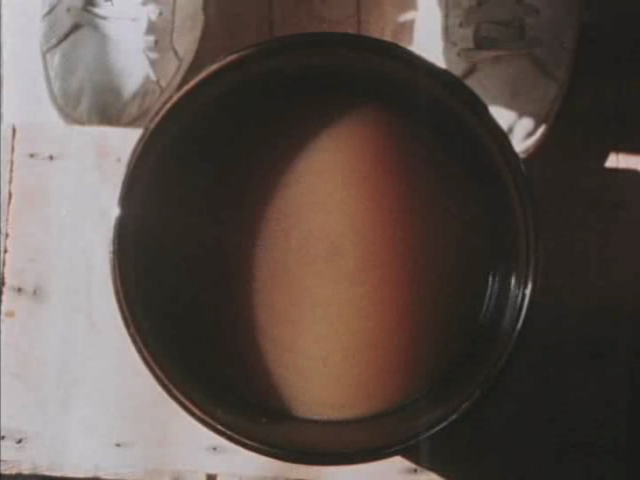 The title refers to a rare etching of Dutch artist Rembrandt. Jon A. English plays a young musician who expresses his love for former girl friend Barbara Hammes by presenting her with a Xeroxed copy of the Rembrandt etching. Though Hammes is touched, she doesn’t want to get back together with English. And that’s what passes for a plot in this collection of loosely related visual anecdotes, recording the separate day-to-day existences of English and Hammes. Devotees of director Jon Jost will uncover profundities in every scene; those who aren’t so taken by Jost will scratch their heads and wonder what all the shouting is about.allmovie END_OF_DOCUMENT_TOKEN_TO_BE_REPLACED