As with most of Miller’s productions, the visual inspiration came from sixteenth-century Mediterranean painters, in this case Tintoretto, El Greco and Velasquez. At 205 minutes, this is one of the longest BBC Shakespeare productions, and the text is duly presented almost complete, with only minor trims to material rendered redundant by small-screen restaging. END_OF_DOCUMENT_TOKEN_TO_BE_REPLACED 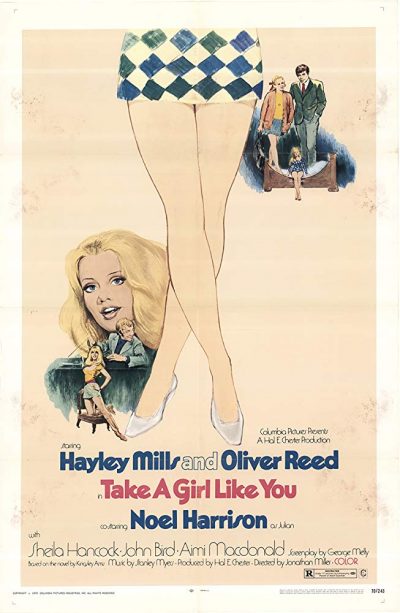 Synopsis:
“Young Jenny heads to the South of England to start a new career as a school teacher. Even before she has had a chance to settle in she meets Patrick, one of the local “lads”. Within a short time she has her hands full when a number of the local boys take a liking to her. But who will be the lucky one who wins her affections?”
– Kevin Steinhauer (IMDb) END_OF_DOCUMENT_TOKEN_TO_BE_REPLACED Producer Cedric Messina was already an experienced producer of one-off television Shakespeare presentations, and was thus ideally qualified to present the BBC with a daunting but nonetheless enticingly simple proposition: a series of adaptations, staged specifically for television, of all 36 First Folio plays, plus Pericles (The Two Noble Kinsmen was considered primarily John Fletcher’s work, and the legitimacy of Edward III was still being debated). END_OF_DOCUMENT_TOKEN_TO_BE_REPLACED