Quote:
Seven episodes, each taking place on a different day of the week, on the theme of suicide and violent death. END_OF_DOCUMENT_TOKEN_TO_BE_REPLACED 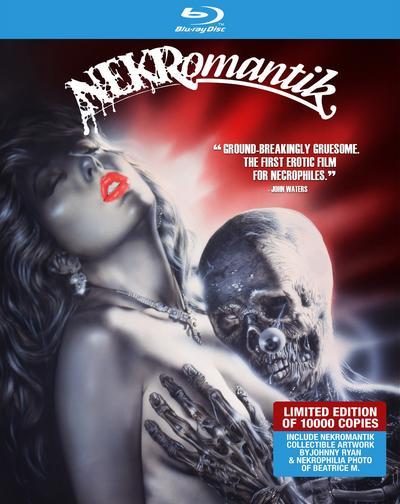 Nekromantik tells the story of Rob (Daktari Lorenz) who works at a street-cleaning Agency, and visits roadside accidents to clean up the scene. Incidentally Rob collects the body parts and shares them with his girlfriend Betty (Beatrice M.) When Rob presents a complete corpse taken out of a swamp, their undying love reaches its peak, but soon after Betty gets a more liking towards the corpse and leaves Rob, which takes him to the sick end of his destruction. END_OF_DOCUMENT_TOKEN_TO_BE_REPLACED