Synopsis
An important executive hires a hostess for 24 hours because he needs to tell someone all the intimate secrets he could never tell anyone. END_OF_DOCUMENT_TOKEN_TO_BE_REPLACED 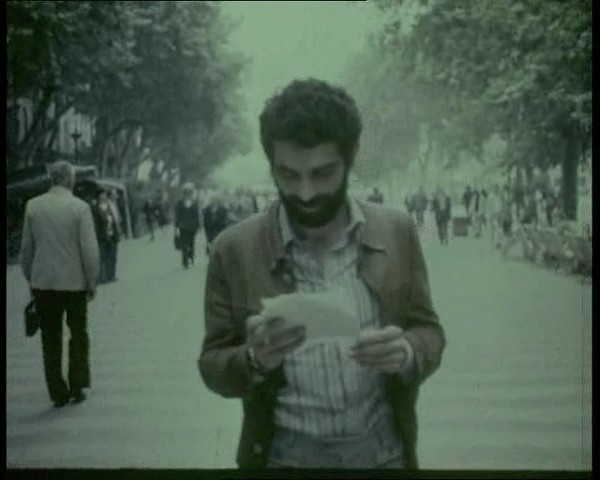 Quote:
Two lovers, a man and a woman, meet and separate in a timeless space. END_OF_DOCUMENT_TOKEN_TO_BE_REPLACED

Although allusions to François Truffaut’s Jules and Jim and Jean-Luc Godard’s Breathless suggest José María Nunes’s affection for French New Wave, Sexperiencias finds greater kinship with Nagisa Oshima’s fractured, interconnected themes of sexual and social revolution. In a way, young hitchhiker, María (María Quadreny) is also a stand-in for accidental revolutionary, Motoki in The Man Who Left His Will on Film, a cipher who, in trying to capture the rhythms of everyday life (albeit through photography rather than filmmaking), is politicized by an atmosphere of unrest. Finding momentary connection with an outspoken activist, Antonio (Antonio Betancourt), María’s life is upended when her lover is imprisoned for dissent. Restless and adrift, she embarks on an affair with a nurturing, middle-aged engraver, Carlos (Carlos Otero), only to find her newfound life of comfort and stability at odds with the chaos of the world around her. But while Oshima’s melding of fact and fiction captures the spirit of an internal revolution, Nunes’s revolution is a distant one – a reminder of an empowered other reality that can be turned inward to incite change – galvanized by geopolitical headlines that dominated the local newspapers of 1968: Prague Spring and the Soviet invasion of Czechoslovakia, the assassinations of Martin Luther King Jr. and Robert Kennedy, May 68 protest, the coup in Panama, the turning of the tide in the Vietnam War with Lyndon Johnson’s decision not to seek re-election. Incorporating an incongruous soundtrack of nature sounds, assorted music, and ambient noise, Nunes creates a disorienting environment that is literally out of sync – the separation between image and sound implicitly reflecting the disconnection between the reality of Franco-era Spain and its projected image. Framed against the bookending reference to the U.N.’s adoption of the nonbinding Universal Declaration of Human Rights in 1968, the question of enforcement becomes an ironic coda to the problem of inaction, where the struggle is not in the ability to speak, but in an unwillingness to listen. END_OF_DOCUMENT_TOKEN_TO_BE_REPLACED