“The Inside Storyo of a Great U.S. Criminal Investigation”
Frank Warren is a treasury agent assigned to put an end to the activities of a powerful mob crime boss. The agent struggles to put together a case but is frustrated when all he finds are terrified witnesses and corrupt police officers. Although most informants end up dead, Agent Warren gets critical information about the mob from an unlikely source.

The film was based on an article entitled “He Trapped Capone,” the first part of the autobiography Undercover Man by Federal Agent Frank J. Wilson, which was serialized in Collier’s in 1947. (Wikipedia) END_OF_DOCUMENT_TOKEN_TO_BE_REPLACED

Story
A fugitive is pursued by a lawman who is obsessed with his capture. END_OF_DOCUMENT_TOKEN_TO_BE_REPLACED

Synopsis:
A mad scientist is forced to leave San Francisco when his experiments become known. He lands on a tropical island, takes control and terrorizes the local populace. The survivor of a shipwreck washes ashore on the island, sees what is happening and determines to free the natives from his rule. END_OF_DOCUMENT_TOKEN_TO_BE_REPLACED

Synopsis:
Dr. Charles Kessler (Bela Lugosi), a well-to-do physician who shares his mansion with his daughter, Virginia (Polly Ann Young), has been depressed ever since his wife (Betty Compson) left him for another man, only to later die in a car accident. That’s not all Kessler has to worry about, however. Unexplained murders have begun to occur around town, eventually claiming members of his house staff. Making matters worse, the authorities suspect Kessler may somehow be involved. END_OF_DOCUMENT_TOKEN_TO_BE_REPLACED

A Swedish whaler is out for revenge when he finds out that a greedy oil man murdered his father for their land. END_OF_DOCUMENT_TOKEN_TO_BE_REPLACED 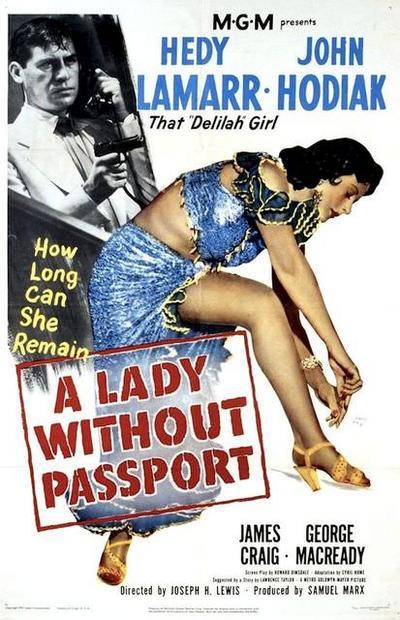 Synopsis:
There is a problem with foreign nationals using Cuba as a convenient jumping off point for illegal entry into the United States. So U.S. Immigration Service Agent Peter Karczag (John Hodiak) is sent to Havana posing as a Hungarian frustrated with the legal immigration process and open to an alternative. By this means he uncovers the human smuggling ring run by Palinov (George Macready). He also meets concentration-camp refugee Marianne Lorress (Hedy Lamarr), a Viennese working in a nightclub and one who has paid to be smuggled into the United States. When Karczag falls in love with her, he becomes conflicted, not wanting her to be among those he plans to have captured in his operation. So he tries to persuade her to stay in Cuba instead of being secretly flown to the United States. Will he succeed? What if his cover is blown? END_OF_DOCUMENT_TOKEN_TO_BE_REPLACED