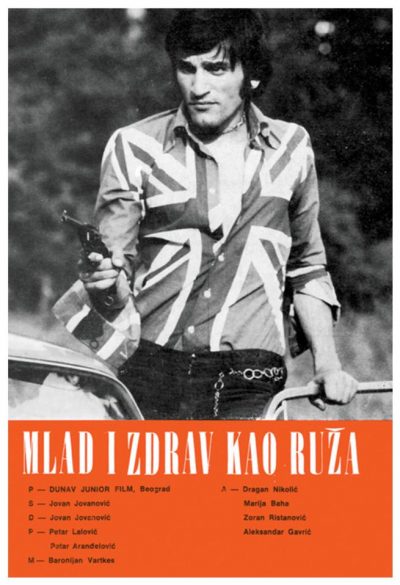 Quote:
A director with a very distinctive style, Jovan Jovanovic has filmed in 1971 one of the most significant works in the history of contemporary Serbian film. “Young and Healthy Like a Rose” is a strong visionary achievement that still looks topical today as back in the times when it was filmed and banned by the then communist censorship. A story about a young delinquent, who evolves from typical outsider to mafia boss of Belgrade seemed shocking back then; today, it is the cruel reality of our times. With incredible foresight of things to come, Jovanovic’s leading character says: “I am your future”. More poetical than Hollywood movies, much more realistic than “Trainspotting”. An exciting story about crime, drugs and the deadly grip of the secret police in Serbia. The best role of Dragan Nikolic, one of the rare ones he presented himself as a tough guy and the authentic sex symbol from this region. A slap in the face of film and other convention. A must see! END_OF_DOCUMENT_TOKEN_TO_BE_REPLACED