Quote:
”Blind Loves,” which world-premiered at the 2008 Cannes Film Fest, is a film about love between blind people. Love can be soft, love can be silly, love can be blind at all times. To find ones place in this world is not an easy thing to do for people with good sight, but how much more difficult can it be for somebody who is blind The view of blind persons is often pure and essential, and very often witty. It uncovers new dimensions of meaning of happiness. END_OF_DOCUMENT_TOKEN_TO_BE_REPLACED 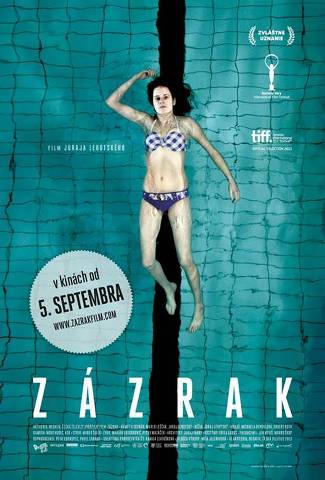 Juraj Lehotský’s riveting feature debut is about a troubled 15-year-old named Ela (electrifiying newcomer Michaela Bendulová) sent to live in a correctional facility. Forced there by her mother and cut off from the outside world, she keeps to herself, preferring to spend her time in solitude writing letters to her boyfriend. After escaping during New Year’s celebrations, she moves in with him, in the garage below the train tracks he calls home. Her life soon moves in unexpected directions, and, after a series of unpredictable events, Ela faces a life-changing decision. An official selection at the Toronto International Film Festival, Miracle is intense, daring filmmaking. END_OF_DOCUMENT_TOKEN_TO_BE_REPLACED