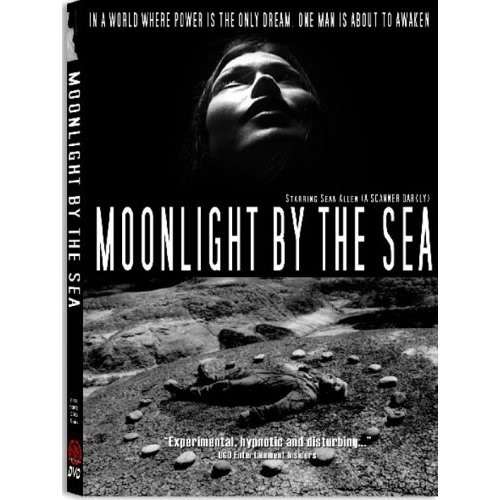 A thinking man’s futuristic sci-fi flick that picks up on Orwell’s Big Brother theme that has the potential to become a cult fave for those who crave Midnight movies and listening to their music at full-blast. Justin Hennard is the young creative whiz behind this project, who was influenced by Kenneth Patchen’s 1941 novel “The Journal of Albion Moonlight.” It makes use of Patchen’s theme that ‘Humans are always having conversations with people who are not present.’

It’s a work of great craftmanship, especially for a low-budget film, shot in a marvelously effective glowing black and white; the David Baker landscape drawings were very effective in creating the dreamy mood of a space flight, while Anthony Locastro’s art settings are imaginative in a goofy way. The other plus is that the ensemble cast all get into this crazy story and embody their characters in a believable though bizarre way. END_OF_DOCUMENT_TOKEN_TO_BE_REPLACED