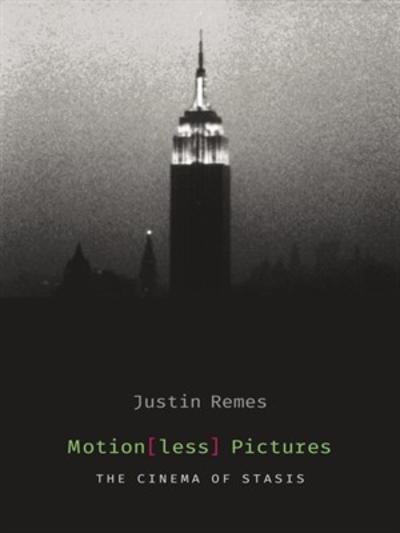 Conducting the first comprehensive study of films that do not move, Justin Remes challenges the primacy of motion in cinema and tests the theoretical limits of film aesthetics and representation. Reading experimental films such as Andy Warhol’s Empire (1964), the Fluxus work Disappearing Music for Face (1965), Michael Snow’s So Is This (1982), and Derek Jarman’s Blue (1993), he shows how motionless films defiantly showcase the static while collapsing the boundaries between cinema, photography, painting, and literature. END_OF_DOCUMENT_TOKEN_TO_BE_REPLACED