Los Angeles in 1935. Fritz Lang receives in his hotel apartment the young film amateur Willy, who wants to prepare an interview with him. At a certain moment Lang starts relating how, as an army officer in the First World War, he spent some time in the house of the lawyer Karol Gatnik in a small town in the northeast of Slovenia. END_OF_DOCUMENT_TOKEN_TO_BE_REPLACED

Post-war Yugoslavia, out of favor with the Soviets because President Tito (1953-1980) was not communist enough and disliked by the Western powers because Tito was not capitalist enough, had to pull itself up by its own make-shift bootstraps. During a period of flagging morale, a group of musicians was sent out from a radio station to entertain the farmers and workers but instead of staying with the traditional songs, the musicians devise one trick or another to swing into jazz and blues and boogie-woogie — trying to pull the wool over the eyes of the militant culture watchdogs, be they policemen, petty bureaucrats, or party officials. END_OF_DOCUMENT_TOKEN_TO_BE_REPLACED 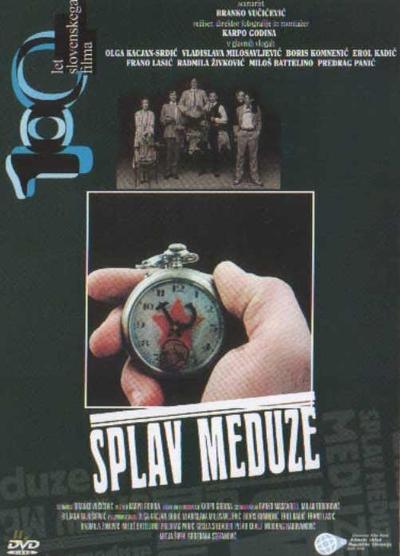 The film captured the atmosphere of the 1920’s with effortless ease: this story of two school teachers Kristina and Ljiljana, the former a Slovene and the latter a Serb woman, lost somewhere in the Yugoslav provinces of the north is imbued from start to finish with the literary and visual spice of Dada and Surrealism. The story itself is hardly of importance; what’s important is that the teachers are forever dreaming of a new life in a big city. But – like those adrift on Gericault’s raft named Medusa in that classic painting of the French Romantic period – the important thing may just being on the move in a sea of chaos. The main question of the film is: did the avant-garde movement have a sense on the Balkans?
END_OF_DOCUMENT_TOKEN_TO_BE_REPLACED