Kazuo Ikehiro – Nakayama shichiri AKA In A Ring Of Mountains (1962)

Quote:
This movie is probably as close to a chick flick as Raizo ever made! But there’s still good action and a very inventive sword fight at the end. Raizo fans cannot resist him any way. Info is sparse on this film, just recently translated into English, and once again, I rely on Paghat the Ratgirl for a review of this film:

Kiba-no-Masakichi, Masa for short, is a lumber worker who falls in love with Oshima (Tamao Nakamura) almost at first sight, in The One & Only Girl I Ever Loved (Nakayama shichiri, 1962). END_OF_DOCUMENT_TOKEN_TO_BE_REPLACED

Synopsis:
Blind masseur Zatoichi is nursed back to health by a young woman after he is shot by a gang member. Zatoichi, who had come to the village to repay a debt, now feels further indebted. He commits himself to use his amazing sword skills to help the young woman’s father, whose river-crossing service is under attack by the same gang responsible for Zatoichi’s wounds. END_OF_DOCUMENT_TOKEN_TO_BE_REPLACED

Synopsis:
After paying his respects at the grave of a man he accidentally killed, the legendary blind swordsman Zatoichi (played in top form as always by Shintaro Katsu) arrives at a village where the impoverished locals are in mid-celebration. It seems they’ve finally gathered enough money to pay off their heavy tax burden – a great relief to everyone in this drought-stricken area. At first, they invite Ichi to join in their fun. When the money is stolen by a group of samurai thugs, however, the villagers blame Ichi too, thinking that he’s in on the heist. Desperate to clear his name, Ichi swears to find those responsible and return the money. But it won’t be easy. First, Ichi has to investigate a local and much loved boss, who has gone into hiding. Then he’ll have to tangle with those thugs… including one of his toughest adversaries yet – a samurai by the name of Jushiro who wields a dangerous bullwhip as skillfully as a sword. END_OF_DOCUMENT_TOKEN_TO_BE_REPLACED

Synopsis:
Isazo (Ichikawa Raizo), often called ‘The Ripper’, is a living legend in the world of the Yakuza. Known for his swordsmanship and bravery, but also for his polite manners, and a gifted talent in gambling. One late fall, while staying at an inn near Fukushima, Isazo befriends a young boy whose mother turns out to be his old love Yoshino, with whom he was unable to marry due to the class differences between them. END_OF_DOCUMENT_TOKEN_TO_BE_REPLACED 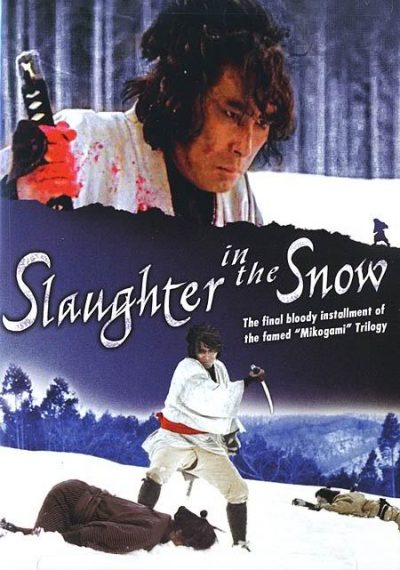 SUMMARY
In feudal Japan, women are vulnerable, in need of protection, and capable of deception. Jokichi of Mikogami, a drifter, has not yet fully revenged the death of his wife and son. He searches for Kunisada Chuji, who in turn has hired the knife-throwing Windmill Kobunji to kill him. Kobunji and Jokichi meet in the winter, near Sasago Pass, when both have rescued women: Jokichi has saved the lute-playing Oyae whose clan and whose lover want her dead; Kobunji has rescued Oharu, a well-born woman married to an innkeeper. Is this rescue a whim or something deeper? And why does Jokichi become the consumptive Kobunji’s protector? What ultimately will Jokichi do about Oyae?
jhailey on IMDb END_OF_DOCUMENT_TOKEN_TO_BE_REPLACED 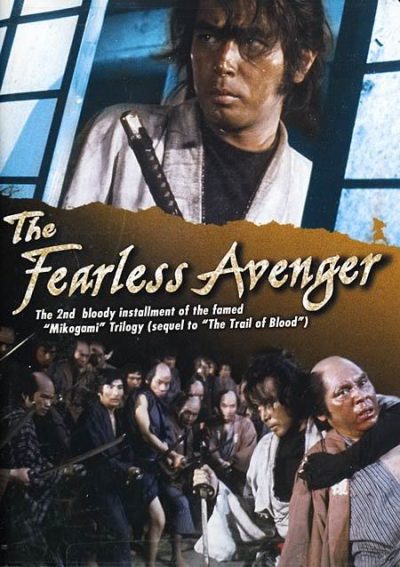 SUMMARY
Minor spoilers. Thirsting for revenge, Jokichi rashly attempts to assassinate the evil Chogoro but ends up being captured by Yakuza. His life is spared by Boss Juzaburo, in order that the harmony of an important commemoration not be further disturbed. Though now even more of an outcast, Jokichi is asked by another Yakuza boss, Umezo, to guard Oyuki, the wayward daughter of Juzaburo. The tragic consequences of this assignment will lead him into a deadly trap and a final confrontation with Chogoro.
Daigoro’s Daddy on IMDb END_OF_DOCUMENT_TOKEN_TO_BE_REPLACED 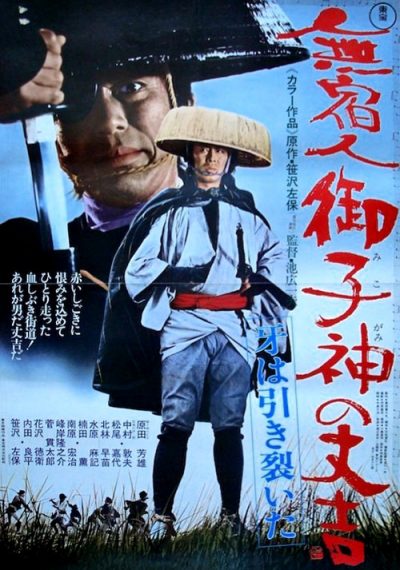 SUMMARY
Can a sinful man change and find peace? It’s unlikely in gang-plagued Japan. Jokichi of Mikogami, a drifter (and hired sword), goes straight after protecting a woman in distress: they marry, have a son, and Jokichi pursues his father’s craft. After three years, the gangs he embarrassed when he saved his wife find the family and leave Jokichi in grief, vowing revenge.
jhailey on IMDb END_OF_DOCUMENT_TOKEN_TO_BE_REPLACED