SYNOPSIS
The title “Twenty-four Eyes” refers to the 12 pairs of eyes belonging to the young students of a small branch school on Shodo Island in the Japanese Inland Sea. The story unfolds in the spring of 1928, when Hisako Oishi (Hideko Takamine) takes over as the new teacher at the local grammar school. At first, the small village does not accept the young schoolteacher who wears Western clothes and rides a bicycle to school. It doesn’t take long, however, before the pupils, their parents, and the entire village fall under the spell of this special teacher. However, trauma does not lie far. The peaceful lives of Shodo Shima contrast the war occurring just over its horizon. END_OF_DOCUMENT_TOKEN_TO_BE_REPLACED

Quote:
A light-heartedly humorous take on post-war female emancipation, Carmen Comes Home is a fairly typical offering from Shochiku, a studio renowned at the time for its conservative output specialising predominantly in comedies and domestic dramas based firmly within the framework of the traditional Japanese family structure. Produced at a time when the company’s fortunes were still riding high, to celebrate their 30th anniversary studio head Shiro Kido (himself the subject of a retrospective at the Nederlands Filmmuseum in 1994) allowed director Keisuke Kinoshita to direct this light and breezy comedy drama in Fujicolor, and thus Japan’s first ever colour motion picture came to be made. END_OF_DOCUMENT_TOKEN_TO_BE_REPLACED

Quote:
The success of The River Fuefuki encouraged Kinoshita to return to period filmmaking once again with this “epic” chamber drama about a geisha mother and her daughter. Based on the popular novel by Ariyoshi Sawako, the story begins as Ikuyo (Nobuko Otowa) is forced into prostitution from poverty; she soon becomes known as a woman who will agree to her clients’ basest desires. Although shielded from her mother’s profession, her daughter Tomoko (Mariko Okada) is deeply ashamed by her mother’s degradation—while still accepting her financial support. But when Mariko attracts the attention of a boy from a well-to-do family, the danger arises that he might discover Mariko’s secret. END_OF_DOCUMENT_TOKEN_TO_BE_REPLACED

Quote:
A college student receives a surprising offer to be a movie star in this unlikely Kinoshita film, sort of college film by the veteran director including even semi nude scene, but eventually the same themes of dreams versus reality and alienation come to the surface.
Still, it’s one of his lighthearted films. END_OF_DOCUMENT_TOKEN_TO_BE_REPLACED

Keisuke Kinoshita – Umi no hanabi AKA Fireworks Over the Sea (1951) 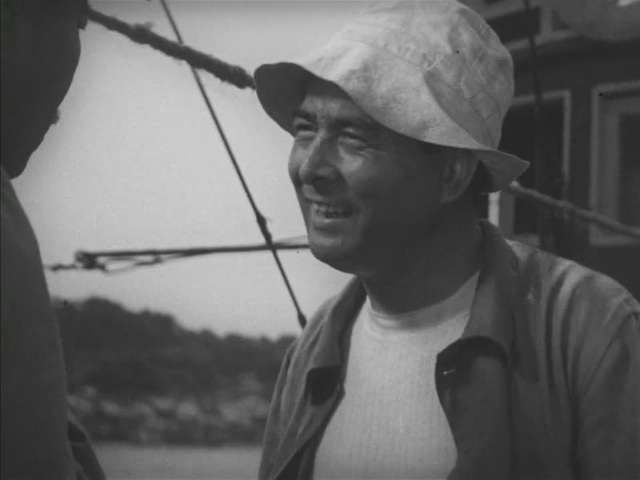 Quote:
A fishing union depends on two brothers to make up the losses caused by the dishonest captains they replaced.
END_OF_DOCUMENT_TOKEN_TO_BE_REPLACED 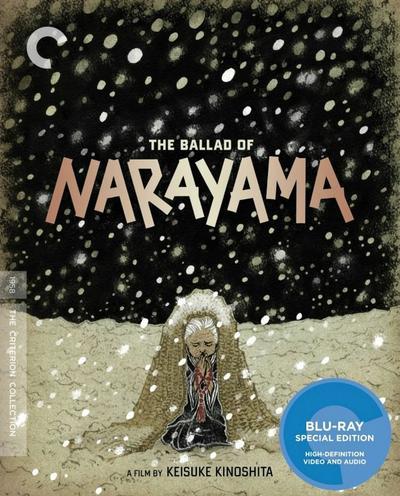 Quote:
In Kabuki style, the film tells the story of a remote mountain village where the scarcity of food leads to a voluntary but socially-enforced policy in which relatives carry 70-year-old family members up Narayama mountain to die. Granny Orin is approaching 70, content to embrace her fate. Her widowed son Tatsuhei cannot bear losing his mother, even as she arranges his marriage to a widow his age. Her grandson Kesa, whose girlfriend is pregnant, is selfishly happy to see Orin die. Around them, a family of thieves are dealt with severely, and an old man, past 70, whose son has cast him out, scrounges for food. Will Orin’s loving and accepting spirit teach and ennoble her family? END_OF_DOCUMENT_TOKEN_TO_BE_REPLACED 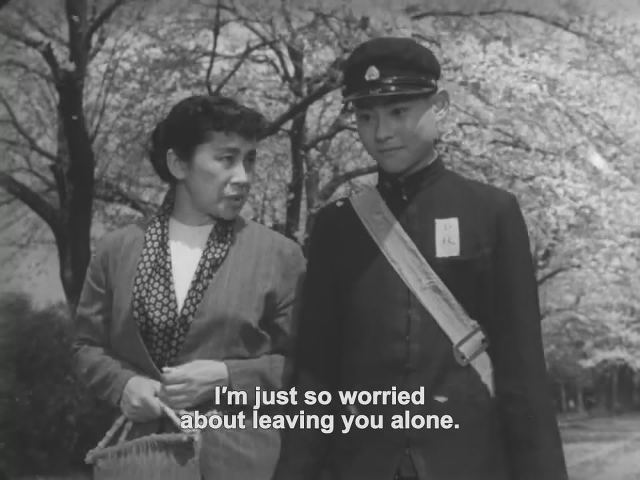