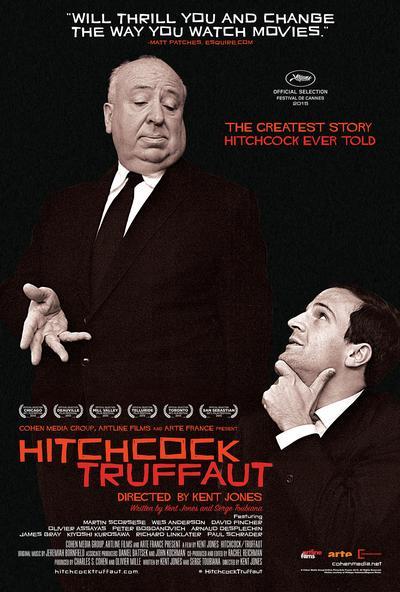 From theguardian.com
In 1962, director François Truffaut conducted a series of in-depth interviews with Alfred Hitchcock, published in a lavishly illustrated book, which became something of a film-makers’ bible. Truffaut’s aim was to reclaim Hitchcock as an artist – an “auteur” rather than just an entertainer. Kent Jones’s documentary, which draws on audio tapes of those conversations along with new interviews with Martin Scorsese, David Fincher, Wes Anderson et al, is no less evangelising, arguing that Truffaut’s book should be viewed and valued on a par with his movies. The documentary certainly makes for fascinating viewing; although most cineastes will already know the source text inside out, it’s great to hear audio of these exchanges, and the new interviews that make up the bulk of the film are entertaining, erudite, and (most importantly) refreshingly enthusiastic. END_OF_DOCUMENT_TOKEN_TO_BE_REPLACED

Narrator: Martin Scorsese.
Nowhere else on television is such a genuine love for filmmaking consistently on display as in the Turner Classic Movie documentaries, especially when they have the audacity to stretch beyond household-name stars and directors. So it is with Martin Scorsese’s heartfelt tribute to Val Lewton, the producer responsible for such movie-buff fare as “Cat People” and “I Walked With a Zombie.” As always, the doc is linked to a retrospective of the subject’s work, and “The Man in the Shadows” more than achieves its objective of stoking interest in Lewton’s filmography. END_OF_DOCUMENT_TOKEN_TO_BE_REPLACED