Quote:
Puss in Boots is one of the great slapstick cartoons, a freewheeling joyride that stays in your head and sticks to your bones. It’s probably the best animated comedy ever made in Japan (although I’m often torn between this and Animal Treasure Island). The comedy will remind Westerners of their favorite Tom and Jerry or Road Runner cartoons, and the action scenes are endlessly inventive and thrilling. This movie was released in 1969 at Toei Doga, and was a tremendous rush of freedom for the animators; after three years of battling the studio over Horus, Prince of the Sun, everyone was set loose like children in a candy store. END_OF_DOCUMENT_TOKEN_TO_BE_REPLACED 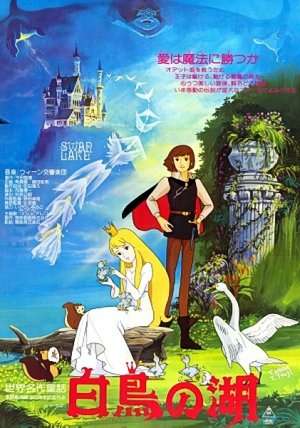 Quote:
The hero, Prince Siegfried, is out riding one day with his friends when he spies amidst swans on a lake a particularly eye-catching one with a crown on its head, the familiar Princess Odette. The princess is charmed by an evil wizard Rothbart who is crazy about marrying Odette. Handsome Prince Siegfried together with two merry squirrels struggle to defeat the evil wizard to complete this classic fairy tales. The movie features original Tschaikovsky music. Written by Lucky-16 END_OF_DOCUMENT_TOKEN_TO_BE_REPLACED