Synopsis Tian xia di yi (1983):
It’s the 10th century BC, the emperor is not well, and the medicines he is receiving from con artist “Immortal Li” are in reality only making him worse. END_OF_DOCUMENT_TOKEN_TO_BE_REPLACED 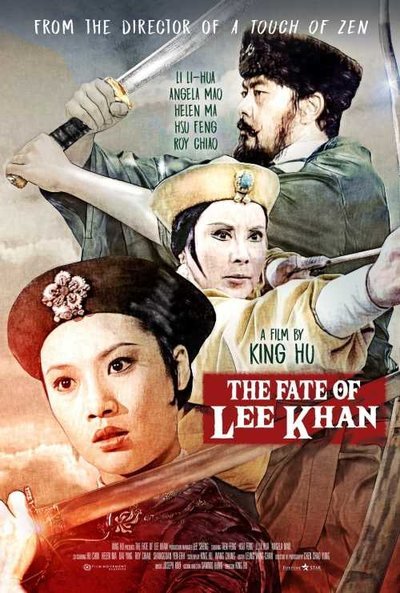 Synopsis:
During the Yuan Dynasty, a band of Han rebels in disguise converge at an inn out in a desolate Western province to await the arrival of Mongol warlord Lee Khan in order to intercept the delivery of a military war map. END_OF_DOCUMENT_TOKEN_TO_BE_REPLACED

Synopsis:
A ruthless band of thugs kidnaps a young official to exchange for their leader who has been captured. Golden Swallow is sent to take on the thugs and free the prisoner (who is also her brother). Though she is able to handle the overwhelming odds, she is hit by a poison dart and gets help from a beggar who is really a kung-fu master in disguise. With his help, she forms a plan to get her brother back. END_OF_DOCUMENT_TOKEN_TO_BE_REPLACED

Daw Ming Lee, The Historical Dictionary of Taiwan Cinema:
King Hu’s next film was a portmanteau film,The Wheel of Life/Da lunhui (1983), in which he once again codirected with Lee Hsing and Pai Chingjui, as he did in Four Moods. The Wheel of Life revolves around romance between two men and a woman that repeats itself in several generations. Hu was responsible for the story of the first generation, set in the Ming dynasty that he was most familiar with. It is an intriguing romantic story involving a secret service agent, the daughter of the governor, and the leader of the antigovernment army who is plotting vengeance. Hu directed the episode well. This film, too, failed at the box office. END_OF_DOCUMENT_TOKEN_TO_BE_REPLACED