Kiyoshi Kurosawa – Katte ni shiyagare!! Dasshutsu keikaku AKA Suit Yourself or Shoot Yourself!! 2 – The Escape (1995)

Quote:
Nestled in the mid 90’s when Kurosawa was heavily involved in creating diptych crime stories such as “The Serpent’s Path” and “Eyes of the Spider” and especially his “Revenge” double feature, “Suit Yourself or Shoot Yourself” was filmed and released for the home video market in Japan. The idea, six variations of life surrounding two low level yakuza gophers, expound on Kurosawa’s fascination with subverting the same idea and story in a wildly divergent manner. END_OF_DOCUMENT_TOKEN_TO_BE_REPLACED

Kiyoshi Kurosawa – Katte ni shiyagare! Eiyû-keikaku AKA Suit Yourself or Shoot Yourself: The Hero (1996)

Two men get involved with a brother and sister that want to drive a local gang out of their neighborhood. END_OF_DOCUMENT_TOKEN_TO_BE_REPLACED

Quote:
Although it contains few directorial flourishes (apparently Kurosawa was saving those for the last movie), The Nouveau Riche has the best story of the series, a twisty plot that manages to be both surprising and hilarious. Much more than a flimsy vehicle for the two leads, the story is a cleverly constructed farce with enough substance to stand on its own. The fact that it features the Yuji and Kosaku characters makes it even better. END_OF_DOCUMENT_TOKEN_TO_BE_REPLACED 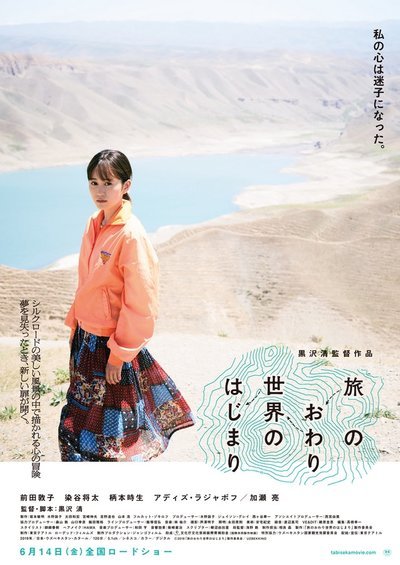 Quote:
A young Japanese woman named Yoko finds her cautious and insular nature tested when she travels to Uzbekistan to shoot the latest episode of her travel variety show. END_OF_DOCUMENT_TOKEN_TO_BE_REPLACED

Midnight Eye review:
Serpent’s Path and its companion piece Eyes of the Spider (Kumo No Hitomi) both start from the same premise: a man taking revenge for the murder of a child. Kurosawa used this premise as the jumping-off point for the two films rather than their definition, resulting in a pair of works which are not so much occupied with revenge, but with the mental processes of human beings in situations that have placed them outside everyday life. END_OF_DOCUMENT_TOKEN_TO_BE_REPLACED

Quote:
A seasoned detective is called in to rescue a politician held hostage by a lunatic. In a brief moment of uncertainty, he misses the chance for action. Leaving his job and family without explanation, he makes his way to a mountain forest, where there is a peculiar tree called charisma. Should it be destroyed or protected? People stand divided over this one tree. END_OF_DOCUMENT_TOKEN_TO_BE_REPLACED