Nankyoku Monogatari, (lit. “South Pole Story”) is a 1983 Japanese film directed by Koreyoshi Kurahara and starring Ken Takakura. Its plot centers on the 1958 ill-fated Japanese scientific expedition to the South Pole, its dramatic rescue from the impossible weather conditions on the return journey, the relationship between the scientists and their loyal and hard-working Sakhalin huskies, particularly the lead dogs Taro and Jiro, and the fates of the 15 dogs left behind to fend for themselves. END_OF_DOCUMENT_TOKEN_TO_BE_REPLACED

Quote:
“A curious hybrid of taiyôzoku-eiga (“Sun Tribe”) and “girl-diver” genres, Koreyoshi Kurahara’s mermaid tale plays out like no other midnight movie in history – sinister, sensual and ethereal, it unfurls almost in slow motion. Hisako Tsukuba plays a voluptuous, gloomy beauty who likes to feast on fish guts.” END_OF_DOCUMENT_TOKEN_TO_BE_REPLACED This hard-to-find Fukasaku/Kurahara collaboration is an interesting coming-of-age story. The boy Shisuke grows up in a coal mining community in Kyushu, during and after the Second World War, and the viewer is treated to the
circumstances that shape the young man who emerges. END_OF_DOCUMENT_TOKEN_TO_BE_REPLACED 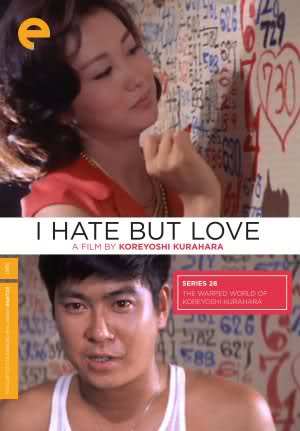 Koreyoshi Kurahara – Ai no kawaki AKA The Thirst for Love (1966) 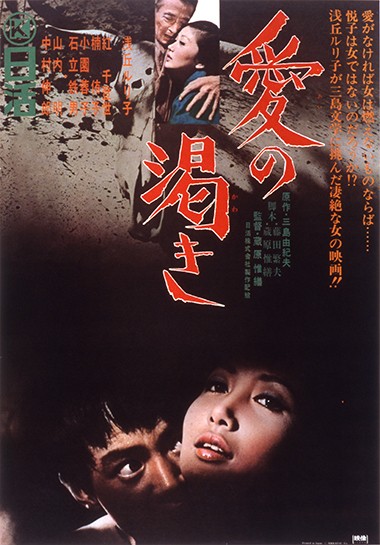 Quote:
Koreyoshi Kurahara adapted a novel by Yukio Mishima for Thirst for Love (Ai no kawaki), a tense psychological drama about a young woman who is widowed after marrying into a wealthy family, and becomes sexually involved with her father-in-law, while harboring a destructive obsession with the family gardener. Kurahara’s atmospheric style is a perfect match for Mishima’s brooding sensuality. END_OF_DOCUMENT_TOKEN_TO_BE_REPLACED 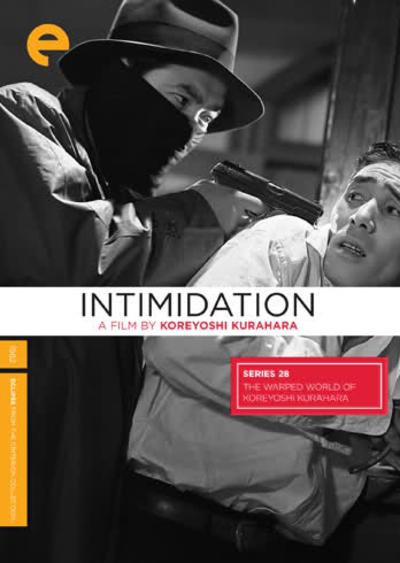 Koreyoshi Kurahara’s ingeniously plotted, pocket-sized noir concerns the intertwining fates of a desperate bank manager, blackmailed for book-cooking, and his resentful but timid underling, passed over for a promotion. Elegantly stripped-down and carefully paced, Intimidation (Aru kyouhaku) is a moody early film from one of the Japanese New Wave’s preeminent stylists. END_OF_DOCUMENT_TOKEN_TO_BE_REPLACED