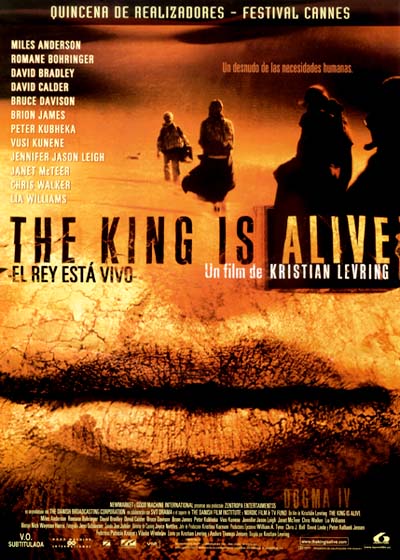 The King Is Alive, directed and cowritten by Kristian Levring, is the fourth film to have the dubious honor of qualifying for certification under the rules of the Dogma 95 manifesto, whose professed aim is to get back to the basics of realism — shooting, for example, in natural locations with handheld cameras, direct sound, and natural lighting. But what’s basic or realistic and what isn’t, in terms of film history and technique? The manifesto also insists that movies be shot in color, a rather ahistorical reading of what’s basic — unless one labels all possible uses of color in film realistic and all possible uses of black and white artificial. END_OF_DOCUMENT_TOKEN_TO_BE_REPLACED