Quote:
Six years after leaving the secular life to become a Buddhist monk, Beob-wun is still haunted by memories Young-ju, his ex-lover. He tries to find the path to the truth and meets Ji-san another monk who doesn’t even have his holy orders. Their association leads to greater pain and conflicts for Beob-wun. Ji-san dies in the snow, as partly a man resembling Buddha and a man drowning in the ways of the secular world. Beob-wun cremates Ji-san’s corpse and seeks out Young-ju and his mom. He also meets Ok-sun, a woman Ji-san could not forget. These encounters reinforce his belief that the ways of the world are meaningless and continues on his path to find the truth. END_OF_DOCUMENT_TOKEN_TO_BE_REPLACED

Quote:
This heart-rending and accessible melodrama concerns the relationship between two children and their adoptive ‘father’/master, a travelling – necessarily poor – pansori musician. The pansori, a traditional music of aching love laments or upbeat festive songs, performed to the accompaniment of a lone drum, gives the movie its elegiac tone. Flashing back to the early ’50s, it follows the three on their journeys through the loving photographed by Korean landscapes, in all seasons, as they fight for a living, while their music is literally drowned out by the emerging fashion for Western sounds. It’s a film of looks, rhythms, intimations and feelings, expressed in pure cinematic terms, and it’s almost impossible not to be moved by it. The sopyonje is a song described as sorrowful and tender – there are few films more tender, if not more sorrowful than this. Unmissable. — TimeOut. END_OF_DOCUMENT_TOKEN_TO_BE_REPLACED

In 19th-century Korea nobleman Kim Byung-moon saves a young beggar from a savage beating, and in return the beggar, Jang Seung-ub, draws him a picture. Kim is astonished by his rough yet extraordinary talent and arranges for him to study at the house of an eminent Chinese teacher. Here, the young painter falls in love with Mae-hyang, the daughter of a fallen aristocratic family, but the young lovers are unable to overcome the class difference that divides them. END_OF_DOCUMENT_TOKEN_TO_BE_REPLACED

Summary:
Mongryong marries the beautiful Chunhyang without telling his father, the Governor of Namwon. When his father is transferred to Seoul, Mongryong has to leave Chunhyang and finish his exams. Chunhyang, being the daughter of a courtesan, is also legally a courtesan. She is beaten and imprisoned when she refuses to obey the new Governor Byun, as she wishes to be faithful to her husband. After three years, Mongryong passes his exam and becomes an emissary to the King. He returns to Namwon, disguised as a beggar, just before Chunhyang is to be flogged to death at the governor’s birthday celebration. END_OF_DOCUMENT_TOKEN_TO_BE_REPLACED

Synopsis:
Adopted by a nomadic pansori singer, Dong Ho (Cho Jae Hyun) and Song Hwa (Oh Jung Hae) grow up as brother and sister, bounded by a deep unspoken affection. Their father trains them strictly, and Song Hwa’s love and talent for pansori becomes both her blessing and her burden. Young and brash, Dong Ho tries to keep pace as a traditional drum player, but eventually leaves the family in search of a better life. Though in the ensuing years he encounters news places and new people, he can never forget his love for Song Hwa. Together and apart, reunion and separation, the two keep moving in different directions while restlessly chasing each other’s shadows. Dong Ho spends a lifetime trying to find a place he belongs, a way to Song Hwa’s heart. END_OF_DOCUMENT_TOKEN_TO_BE_REPLACED 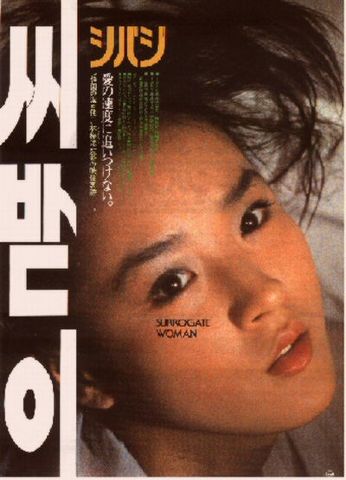 m’s first international prize-winner (best actress for Kang at Venice) is a more-in-sorrow-than-in-anger attack on the principles of male lineage and ancestor worship in the traditional Korean family. It’s set in the late Yi Dynasty (late 19th century) to stress how deep rooted these things are, but its resonances are squarely contemporary. The well-born Shin and his wife are happy but lack an heir; behind his back, the family conspires with his wife to bring in a surrogate to bear him a son. Their choice is Ok-Nyo (Kang), a free-spirited girl who endures various physiological and sexual indignities (intended to ensure that she produces a boy) because she comes to like Shin and enjoy the relatively pampered life – forgetting she is there only as a servant. The emphasis on female suffering has come in for some critical stick, but Im’s analysis of Confucian blockages in the Korean psyche seems all too cogent. And his mastery of image, tone and rhythm is unassailable. TR END_OF_DOCUMENT_TOKEN_TO_BE_REPLACED