Synopsis:
A New Orleans housewife leaves her daughter and son home alone to meet her lover. While with him, she receives a call that her son has died. Wreckless driving rushing to her house results in a horrible accident. The lover dies and she is sent to a mental institution to recover from the psychological trauma. Upon her release a year later she moves into the boarding house where they would rendezvous. The landlord has passed away and her blind son is left to maintain the house. With every day that passes, his lust for her grows while she remains true to her lover. The situation comes to a “head” on a weekend visit with her daughter. All secrets will be revealed and no one will be the same. Inspired by actual events. END_OF_DOCUMENT_TOKEN_TO_BE_REPLACED

Quote:
After finding out that his wife is secrectly seeing someone else, Nicola storms out of the family home. His wife decides to have a shower to cool off and is hacked to death by an unseen assailant. Inspector Pierro Terzi is brought in to handle the case and it seems the crime is an open and shut case – a crime of passion. A psychologist (Valeria D’Obici) is brought in to evaluate the case and she thinks there’s more to it. END_OF_DOCUMENT_TOKEN_TO_BE_REPLACED

Wealthy landowner Mr. De Peyhorrade uncovers a bronze statue of Venus on his property. Afterwards, De Peyhorrade asks an antique expert, named Matthew, from another village to examine the statue and confirm its wealth. Upon arrival, Matthew is striken with love by Clara, Mr. De Peyhorrade’s daughter-in-law, who bears an uncanny resemblance to the statue. END_OF_DOCUMENT_TOKEN_TO_BE_REPLACED

Jake “Tiger” Sharp, a former Georgian police officer has been released from jail, after serving a 8-year sentence for taking the law into his own hands. Tiger decides to return to his hometown Georgia as he tries to live a quiet life and try to escape from his past. But for Tiger, things are about to get very bad. When he gets cruelly taunted by a group of deer poaches who are employed by a man from Hong Kong, who is using the deers they kill to make medicine. But when the poachers rape and kill his long-lost daughter Connie, Tiger looses his rocker. Armed with a arsenal of weaponry, Tiger, with a thirst for vengeance, decides to give the Poacher’s a dose of their own medicine, as he sets out off on a violent rampage, as he blasts the poachers to pieces… END_OF_DOCUMENT_TOKEN_TO_BE_REPLACED

When a psychopath (François Montagut, DANGEROUS LIAISONS) butchers the proprietor of a candy shop, Detective Mike Livet (Tomas Arana, THE LAST TEMPTATION OF CHRIST) assumes that the killer made off with the victim’s as a souvenir. When the ear winds up in the refrigerator of newly widowed Tracy Grant (Joanna Pacula, THE KISS), Livet suspects that the grisly gift may have something to do with the death of her husband Abe (whose corpse was disinterred from its grave the same night). When a woman is butchered in a shopping mall bathroom and a severed hand winds up on Tracy’s doorstep, Livet looks into Abe’s shady past and discovers sex, drugs, and a stalker who did not take Abe’s nuptials all too well. END_OF_DOCUMENT_TOKEN_TO_BE_REPLACED 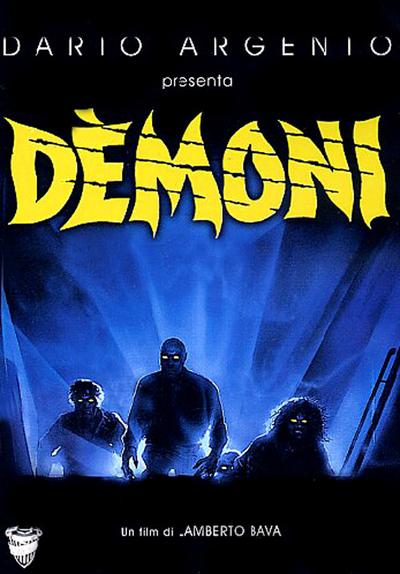