Quote:
We all know that the white-bread cookie-cutter suburban lifestyle has its own dirty secrets, but when his camera explores the limits of this seemingly serene and ubiquitous American lifestyle, Larry Clark gives us a horrifying yet touching glimpse of what happens behind finely paved driveways and cute lawns.

Kids is a 1995 American independent teen drama film written by Harmony Korine and directed by Larry Clark.[2] It stars Chloë Sevigny, Leo Fitzpatrick, Justin Pierce, Rosario Dawson, and Jon Abrahams, all in their film debuts. Kids is centered on a day in the life of a group of sexually active teenagers in New York City and their hedonistic behavior towards sex and substance abuse (alcohol and other street drugs) during the height of the AIDS epidemic in the mid-1990s. The film generated a massive controversy upon its release in 1995, and caused much public debate over its artistic merit, even receiving an NC-17 rating from the MPAA. It was later released without a rating. END_OF_DOCUMENT_TOKEN_TO_BE_REPLACED

A family living in Marfa, Texas attempts to pull themselves back together after a horrific tragedy. The provocative sequel to Larry Clark’s film Marfa Girl shows us a group of people ready to escape their current realities – no matter the cost. Gritty, unrelenting, and powerful, auteur Clark once again delivers a bleak landscape of sex, drugs, and boredom amongst the residents of a dead-end Texas border town. END_OF_DOCUMENT_TOKEN_TO_BE_REPLACED 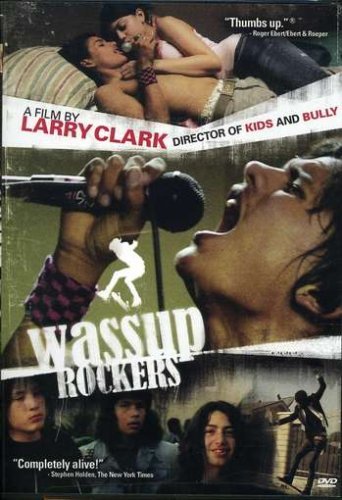 Quote:
Photographer and filmmaker Larry Clark offers another look at the inner workings of urban youth culture in this comedy drama. Jonathan (Jonathan Velasquez) is a teenaged El Salvadorian refugee living in a primarily Mexican-American and African-American neighborhood in South Central Los Angeles. Jonathan and a handful of fellow Salvadorian émigrés who are his best friends stand out like sore thumbs on the block, due less to their national origin than because they’ve rejected the hip-hop music and fashion around them in favor of old-school punk, as favored by the Ramones and latter-day Latino bands such as Suicidal Tendencies. Jonathan and his pals Kiko (Francisco Pedrasa), Eddie (Eddie Velasquez), Porky (Usvaldo Panameno), and Spermball (Milton Velasquez) have a group of their own, and Jonathan, a sweet but streetwise kid who has a way with the girls, is the lead singer. Like all good punk rockers, Jonathan and his bandmates are seriously into skateboarding, and one day they hop several busses and make a pilgrimage to a legendary skate spot in Beverly Hills. If the kids felt like outsiders in South Central, they soon discover they’re unwelcome outcasts in the moneyed L.A. suburbs; before long they’re on the run from cops as well as Anglo skaters, and even Jonathan’s chance assignation with a neighborhood sexpot leads to no small share of drama. Wassup Rockers received its world premiere at the 2005 Toronto Film Festival. END_OF_DOCUMENT_TOKEN_TO_BE_REPLACED 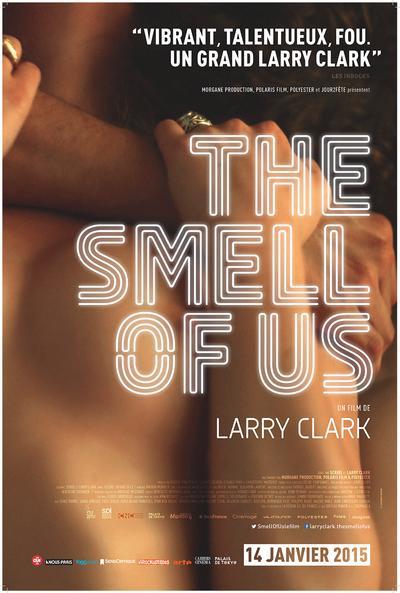 Math, JP, Pacman and Marie belong to the same crew of skate kids in Paris. Every day they meet up at The Dome – behind the Museum of Modern Art, opposite the Eiffel Tower – skateboarding, goofing off or getting stoned as they ignore the smart crowd of art lovers. Math and JP are inseparable, bound by complicated family ties. Boredom, the lure of easy money and the anonymity of the Internet all play a part in tearing their world apart. END_OF_DOCUMENT_TOKEN_TO_BE_REPLACED

Quote:
The dirty old man hanging out with all those oversexed Paris teenagers in “The Smell of Us” is none other than the voyeuristic pic’s director, Larry Clark. Usually, he’s the one behind the camera, but in what amounts to a French “Kids,” Clark can be seen passed out in the opening scene, spilled across the steps of the Palais de Tokyo as skaters swarm around him. Nearly 20 years have passed since Clark’s debut stunned the world — and 30 more since the first photos in his provocative “Tulsa” book were taken – yet his focus remains, as the song says, forever young.

Somehow, the fact that these are French kids makes the film seem less likely to shock the world, even though the kinks are far more explicit here than anything but “Ken Park” — not that Clark is any stranger to the NC-17 rating, the relevance of which he handily undercuts, simply by reminding that in the Internet era, minors can see (and do) far worse online. END_OF_DOCUMENT_TOKEN_TO_BE_REPLACED 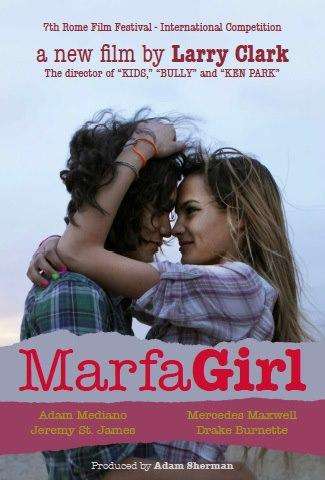 Quote:
Marfa exists at a particular cultural nexus with a constant clash between the art community (inspired to come to Marfa by the American sculptor, Donald Judd), the white community and the Mexican American community. On top of that theres a smothering Border Patrol presence despite the fact the Mexican border is 68 miles away. There is an 11pm curfew for teenagers and they still have corporal punishment in the schools. They paddle kids in school from kindergarten through high school. END_OF_DOCUMENT_TOKEN_TO_BE_REPLACED