The story of two singers/prostitutes that dream of a big house, 160kg former opera diva/wife of an ex-minister of Agriculture that was kidnapped, a police captain with a tapeworm, a rock band that want to become famous, an ex-police captain with a chiken egg under his armpit and many others intresting persons… END_OF_DOCUMENT_TOKEN_TO_BE_REPLACED 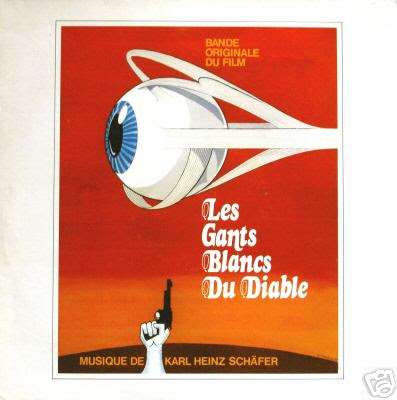 László Szabó is mostly famous as actor : his filmo as an actor is like a best of the so-called french new wave from the early 60s up to now, or something like that…he also directed a very few films himself, in Hungary (his homeland) and in France.

“An enigmatic man, blind in one eye […] is the hit man in this French thriller. The films opens with this man, in dark glasses, walking into a bar and shooting a barkeeper. With the help of an unscrupulous doctor, the gunman has donated one of his eyes to a government official who is sitting in the bar at the time. As the film proceeds, he is shown receiving training in shooting at targets using sound, alone. As the gunman continues his devastating activities, it appears clear that his actions are part of an elaborate conspiracy by high-ranking government officials.” END_OF_DOCUMENT_TOKEN_TO_BE_REPLACED