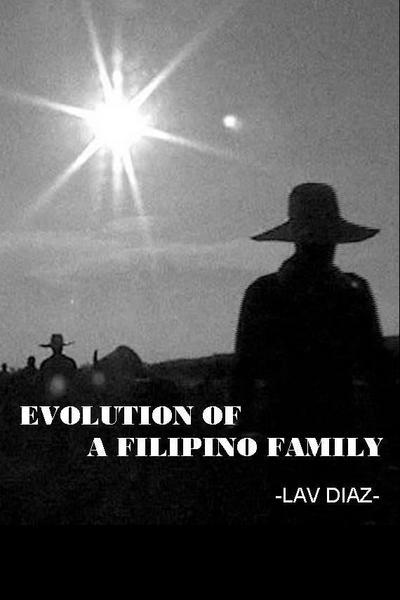 An intimate epic made with uncompromising and austere seriousness, Lav Diaz’s “Evolution of a Filipino Family” patiently and methodically observes the collapse and hopeful revival of a poor farming clan, meant to symbolize a nation’s history spanning 1971 to 1987. Ten-hour running time, radically slow pace and hyperminimalist mise en scene will excite international cinephiles at the most daring fests and showcases, which are the only conceivable venues outside of homevid. END_OF_DOCUMENT_TOKEN_TO_BE_REPLACED 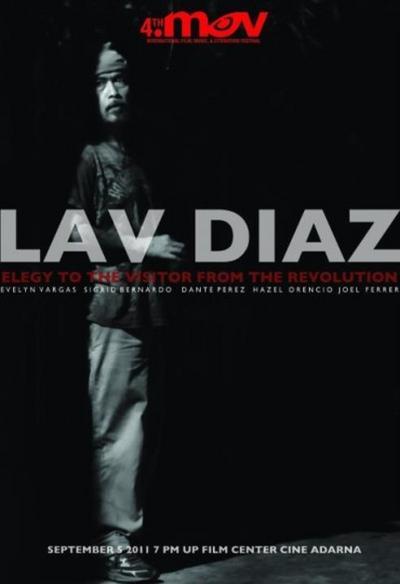 Like Prologue to the Great Desparecido, Elegy finds Diaz looking back to the Filipino Revolution of the last years of the 19th century. Here, he imagines a woman from that era visiting the Philippines of the present-day. Around her time-travel, Diaz weaves a three stories with characters drawn from his usual stock: a prostitute, a musician and three petty criminals. As so often in Diaz’s recent work, Elegy looks back to the Revolution to measure the vast distance between the hopes of that defeated movement and the poverty, desperation and corruption (both political and spiritual) of the Philippines today END_OF_DOCUMENT_TOKEN_TO_BE_REPLACED 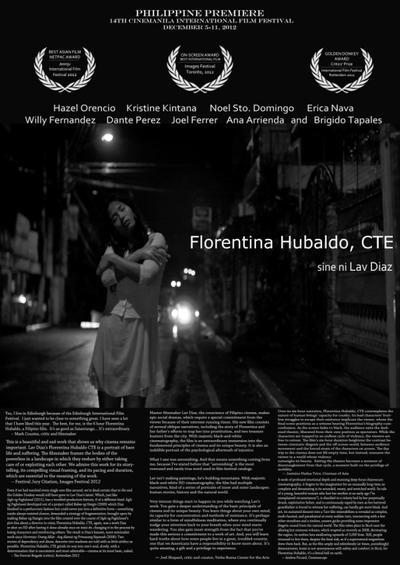 Quote:
With its depiction of cruelty and woe, Florentina Hubaldo, CTE is one of Diaz’s darkest films, the third of a trilogy about trauma and its aftermath (after Death in the Land of Encantos and Melancholia).The title character is a woman held captive by her father who has forced her into a life of prostitution. Her story is intertwined with that of a couple of fortune hunters digging for buried treasure in a narrative scheme that is revealed only gradually. With chronic traumatic encephalopathy (CTE) a progressive degenerative disease found in individuals who have received multiple head injuries, the film’s title becomes a diagnosis of the physiological reasons for Florentina’s mental decline. She herself is clearly an allegorical stand-in for the long-suffering Filipino people. The film’s brutality is a cry of anger at 300 years of colonial plunder and misrule. END_OF_DOCUMENT_TOKEN_TO_BE_REPLACED 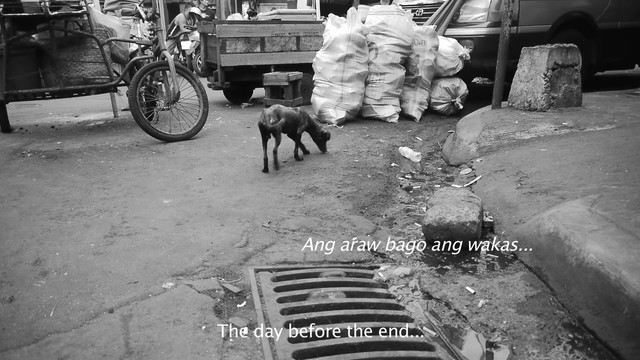 Synopsis:
In the year 2050, the Philippines braces for the coming of the fiercest storm ever to hit the country. And as the wind and waters start to rage, poets wander the streets.

Quote:
Lav Diaz, who just won the Berlinale Silver Bear for his 8-hour film Hele Sa Hiwagang Hapis (A Lullaby to the Sorrowful Mystery), will be in competition with the world premiere of his 16-minute short film Ang araw bago ang wakas, in which passages from Shakespeare are recited by ordinary people on the backdrop of a nocturnal city in the Philippines that’s bracing for a raging tempest. END_OF_DOCUMENT_TOKEN_TO_BE_REPLACED 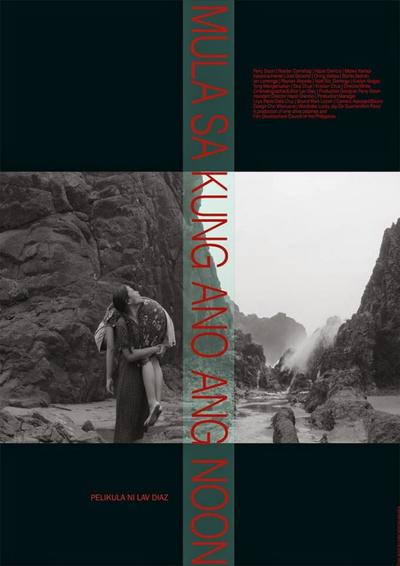 Synopsis: The Philippines, 1972. Mysterious things are happening in a remote barrio. Wails are heard from the forest, cows are hacked to death, a man is found bleeding to death at the crossroad and houses are burned. Ferdinand E. Marcos announces Proclamation No. 1081 putting the entire country under Martial Law. END_OF_DOCUMENT_TOKEN_TO_BE_REPLACED 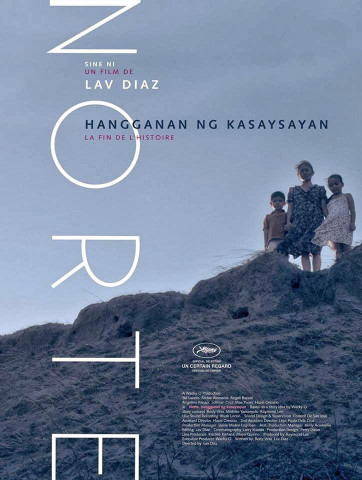 Synopsis:
An embittered law student commits a brutal double murder; a family man takes the fall and is forced into a harsh prison sentence; a mother and her two children wander the countryside looking for some kind of redemption. END_OF_DOCUMENT_TOKEN_TO_BE_REPLACED 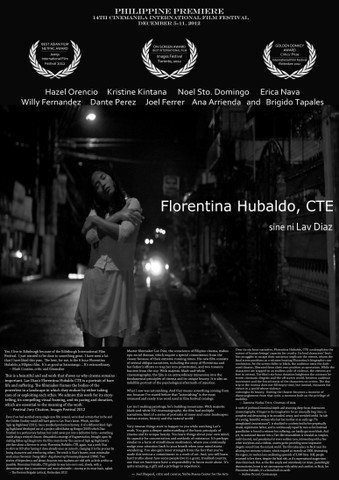 Quote:
Chronic traumatic encephalopathy (CTE) is a progressive degenerative disease found in individuals who have been subjected to multiple concussions and other forms of head injury. A variant of the condition, dementia pugilistica (DP), is primarily associated with boxing. CTE has been most commonly found in professional athletes participating in American football, ice hockey, professional wrestling and other contact sports, who have experienced head trauma, resulting in characteristic degeneration of brain tissue and the accumulation of tau protein. Individuals with CTE may show symptoms of dementia such as memory loss, aggression, confusion and depression which may appear within months of the trauma or many decades later. (Wikipedia)
END_OF_DOCUMENT_TOKEN_TO_BE_REPLACED