At the beginning of the Second World War, Maria Werla, the director’s mother, was forced to leave Poland and was taken to a concentration camp in Northern Russia. Thousands of Poles faced the same fate, victims like Maria of the pact between Hitler and Stalin. Lech Kowalsky’s lifestyle and rebellious spirit also meant social rejection in New York. The film establishes a link between those marginalised in modern society and those deported in the 1940’s by drawing a parallel between his own experiences in the New York punk world and his mother’s life. END_OF_DOCUMENT_TOKEN_TO_BE_REPLACED

”Born To Lose (The Last Rock & Roll Movie)’ documents the myth, and dark reality, of Johnny Thunders. It contains plenty of choice concert material, much of which has never been seen before. There are also a large number of interviews with people talking about Johnny but none of Johnny himself. Some of the scenes in this film were shot by Lech for two un-
finished films that were to star Johnny titled ‘Gringo’ and ‘Stations Of The Cross.’ END_OF_DOCUMENT_TOKEN_TO_BE_REPLACED 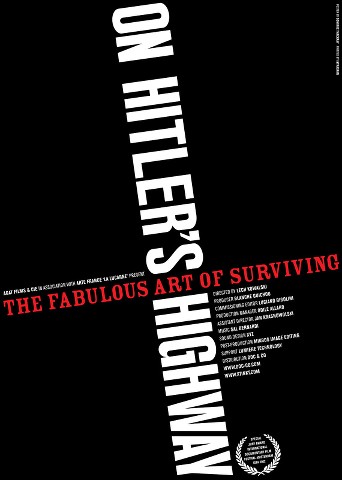 A very personal journey, almost like a diary, with hand held camera Kowalski travels along the oldest highway in Polan, built by Hitler. While travelling along the highway Kowalski meets the people that now ply their trade their. The
the director uses his camera to cut a swath through Hitler’s legacy from a new perspective. END_OF_DOCUMENT_TOKEN_TO_BE_REPLACED