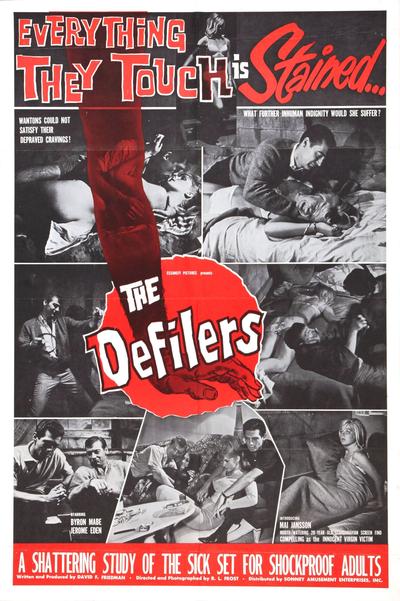 Quote:
When it came to 1960s schlocky drive-in exploitation fare, there was no more prolific purveyor than producer David F. Friedman. This new Something Weird disc marries two of his seminal ‘roughies’ on DVD, together with some very amusing extras. The roughie was intended as the next step beyond the “nudie cutie”, which was shot in color and might, if you were lucky, show some female breast. The activity was decidedly nonsexual most of the time. The roughie not only went to a grittier black and white presentation, but because of relaxing standards, was able to present more frank nudity and sexual contact than was possible in the nudie cutie, as well as presenting a more violent and exploitative read on sexuality. Done on an ultra-cheap basis, the results are often highly unpleasant to today’s viewer. Yet they do have some appeal as historical artifacts and examples of exploitation at its nastiest. END_OF_DOCUMENT_TOKEN_TO_BE_REPLACED