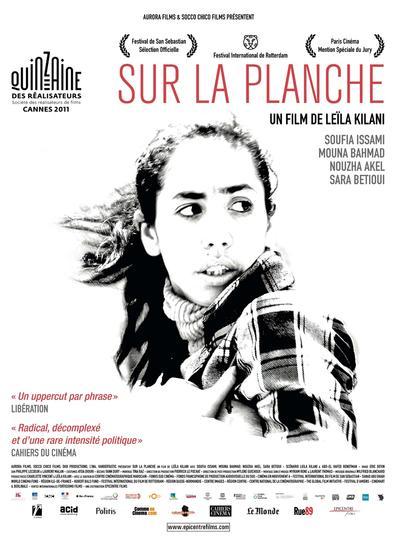 Quote:
In 1954, William Burroughs wrote that “Tangier is a vast overstocked market, everything for sale and no buyers.” Half a century later, circumstances in the city may have changed, but that same sentiment finds itself modulated by a cab driver as he tosses a portentous glance to Badia (Soufia Issami) and tells her that “Tangier only gives to foreigners.” The protagonist of Moroccan writer-director Leila Kilani’s On the Edge, Badia is a young woman who’s moved from Casablanca to Tangier to make a living. Hoping one day to land a job in the more prestigious factories of the city’s Free Zone, we see her at work in a less glamorous shrimp processing facility, where the sterile whitespace is marred by the orangish slime and grime of piles of shrimp shells. That kind of grime permeates the film and the dingy, noirish urban environments that Badia wends her way through. END_OF_DOCUMENT_TOKEN_TO_BE_REPLACED