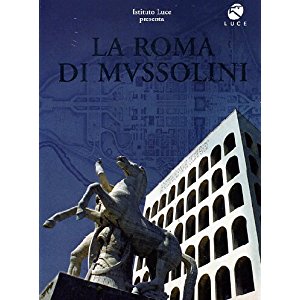 The newsreels of the time are a testimony to it: the city is a gigantic construction yard; new buildings rise next to the demolitions in the heart of Rome and the Fascist regime adopts new architectural styles and transforms the city. The documentary La Roma di Mussolini, by Leonardo Tiberi and Leonardo Ciacci, aided by footage of the Istituto Luce and maps and drawings of the time, describes XX century Rome, a monumental city opposed to the ancient and medieval one. And yet Mussolini, and his ‘demolishing fury’ take on older city plans, started or laid out back in 1800s. Republican Italy indeed did the same with projects that have begun under the Fascist regime. END_OF_DOCUMENT_TOKEN_TO_BE_REPLACED