S.V.D. was released in August 1927. A beautiful costume drama, it is on the other hand a somewhat expressionistic, poetical fantasy. Its photography and images are more important than its desired political contents. The script, written by the inspiring historian Yuri Tinyanov (director Leonid Trauberg [1901-1990]could speak about Tinyanov for hours) supplied a failed love story, a political intrigue involving two czars, and a traveling circus background. The picture glorifies the 1825 ‘Decembrists’ uprisal: officers in the imperial Russian army are fed up with the new czar’s autocracy. END_OF_DOCUMENT_TOKEN_TO_BE_REPLACED

A young clerk, disappointed in love in early life passes his life in paper work. He centres his interests in a new overcoat but is robbed and assaulted on the way home. He gets sick and dies. END_OF_DOCUMENT_TOKEN_TO_BE_REPLACED 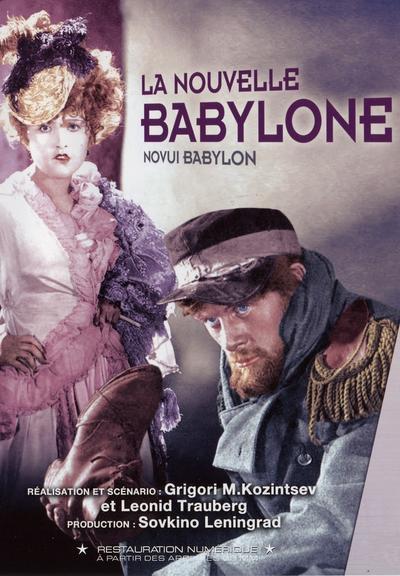 The Paris Commune was an epic phenomenon in the early history of the socialist movement. The Commune was located in the workers quarters within the centre of Paris. An important location was the emporium LA NOUVELLE BABYLONE, still existing at Metro Babylone. The main character in the film is Louise, a salesgirl in the shop. She is a communard. Her counterpart is a soldier that helps to wipe out the Commune. Thus, the enormous social and dialectic complications and contrasts between the workers on one side, and bourgeoisie and army on the other side, are projected on two characters. And of course they fall in love. Louise is a fierce heroine. Jean a naïve soldier, a farmer who is ordered and abused. In the end they meet not in bed but on the barricades. Jean is a conscript in the army that defeats the Commune fighters in the bloody week in June 1871. Thousands of the Communards were killed in action or shot at Père Lachaise cemetery. END_OF_DOCUMENT_TOKEN_TO_BE_REPLACED