Gambler John Merrick (Frank Lovejoy) is the head of a bookie syndicate and the newspaper is crusading against him and the rackets, primarily because Merrick is in love with Felice Stuart (Joan Weldon), daughter of the newspaper publisher who can not break up the romance through persuasion. A senate committee investigating crime gets involved, the racketeers, other than Merrick who is a “nice guy”, strike back and kill a reporter, and Merrick’s own son, Jerry Merrick (Robert Arthur), commits suicide. Merrick, to his own disadvantage, helps bring down the syndicate. Since it is in black-and-white-, deals with crime and was an American-made film, some will call it “film noir” since that seems to be the current guidelines for putting a film in that, at one time limited-and-defined genre. It ain’t, and neither are most of the others currently so classified. END_OF_DOCUMENT_TOKEN_TO_BE_REPLACED

Plot: Enemy agents are everywhere and they are sabotaging all important war deliveries. The body of a hobo found in a train wreck had a money belt with $50,000 and a tattoo of a circle and arrow. This is a tattoo for saboteurs for hire and Brass must impersonate the dead man to find out what his orders are. As Steve Coe, he meets with the band of enemy agents in California and everything goes well until the wife of the dead ‘Hobo’ shows up. Luckily, Gabby is able to save Brass and Brass learns what is his assignment. He is to board the USN airship ‘Mason’, which is testing the super secret Inertia Projector, and destroy the airship. Written by Tony Fontana END_OF_DOCUMENT_TOKEN_TO_BE_REPLACED

Plot:
Hell’s Kitchen gives the reform school potboiler The Mayor of Hell the full Dead End treatment and brings a tyro Ronald Reagan along for the ride. END_OF_DOCUMENT_TOKEN_TO_BE_REPLACED

Ostensibly two coal miners, Pittsburgh Markham and Cash Evans, best friends, chance upon Josie “Hunky” Winters a high-class “countess” and both men fall in love with her. She persuades them that they need to take chances if they are to get anywhere and they do, by shaving three cents off the price of coke and persuading a steel company owner, Morgan Prentiss to sign a contract with them to provide it. END_OF_DOCUMENT_TOKEN_TO_BE_REPLACED

Synopsis:
A ruthless superintendent of a prison, Amelia van Zandt, makes life hell for the female inmates. Her rules are rigid and she makes no exceptions.

The newcomer Helene Jensen is not a hardened criminal by any means, but a woman convicted of vehicular homicide after she accidentally killed a child. Out of place here, Helene is so distraught that Van Zandt has her placed in solitary confinement, making it even worse. Helene nearly dies.

END_OF_DOCUMENT_TOKEN_TO_BE_REPLACED 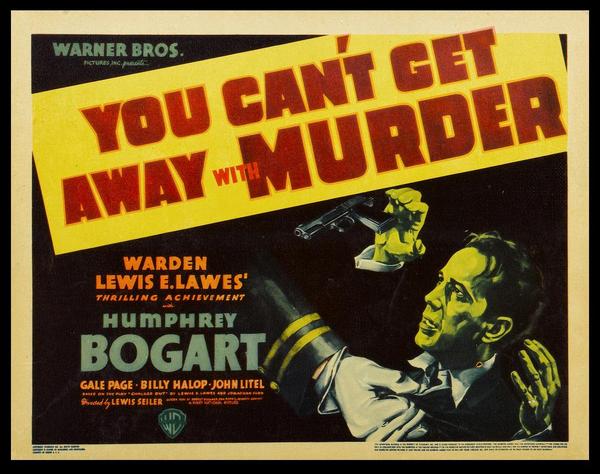 Synopsis:
Humphrey Bogart plays mobster Frank Wilson, the heavy headlining this crime thriller that sprung from the pen of Sing-Sing’s warden himself! Based on the play “Chalked Out” by Warden Lewis E. Lawes and Jonathan Finn, You Can’t Get Away With Murder tells the grim tale of a young punk taken in by the glamorous gangster life, only to find himself sent away to the federal pen with a man’s fate resting in his hands and a murderer dogging his every step. Young Johnnie Stone (original “Dead End Kid” Billy Halop) hooks up with hoodlum Wilson only to help Wilson frame his sister’s (Gale Page) straight and narrow fiancé Fred (Harvey Stephens) for Murder One. All three men soon find themselves sent to the “Big House” – two serving a stretch for robbery, the third for Death Row. Can Johnnie come clean in time to save Fred, with Frank watching his every move? END_OF_DOCUMENT_TOKEN_TO_BE_REPLACED 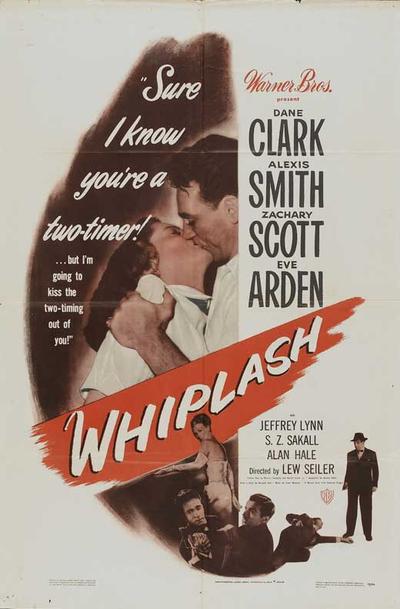 Michael Gordon never intended to be a boxer. But after he decks a burly brawler at a nightclub, a ring promoter encourages him to give the fight game a shot. Gordon, whose career as an artist is going nowhere, agrees. Besides, it will bring him closer to the woman who has KO’d his heart – the promoter’s wife. The corrupt world of boxing was a staple of postwar Hollywood in well-known works like Body and Soul, The Set-Up and Champion and in lesser yet admirable works like Whiplash. Romantic melodrama and noirish atmospherics combine in this tale starring Dane Clark, Alexis Smith, Zachary Scott, Eve Arden and other reliables. Future The Mickey Mouse Club host Jimmie Dodd has an uncredited role as a piano man. From Warner Brothers!
END_OF_DOCUMENT_TOKEN_TO_BE_REPLACED