Tom Ripley (yes same character from The American Friend – Dennis Hopper and Bruno Ganz – and The Talented Mr. Ripley – Matt Damon ). Some are more loosely based on the initial written character than others and occasionally bear only slight resemblances. I’ll wager reams have been written about this intriguing film, but on the surface we have a character study of a man who has chosen to live his life devoid of empathy (selective) to his fellow man. Quite a cynical microcosm of modern humanity. But the debate, of course, is how accurate that is. Is Ripely a true sociopath? Are we, as a society, all moving in the direction of the intense selfishness of Mr. Ripley? is that how our society has evolved? – to squash those who would stand in the way of our economic benefits. END_OF_DOCUMENT_TOKEN_TO_BE_REPLACED

New 2K digital restoration
In this unsettling drama from Italian filmmaker Liliana Cavani, a concentration camp survivor (Charlotte Rampling) discovers her former torturer and lover (Dirk Bogarde) working as a porter at a hotel in postwar Vienna. When the couple attempt to re-create their sadomasochistic relationship, his former SS comrades begin to stalk them. Operatic and disturbing, The Night Porter deftly examines the lasting social and psychological effects of the Nazi regime. END_OF_DOCUMENT_TOKEN_TO_BE_REPLACED

From Time Out Film Guide
There is something to be said for Liliana Cavani, but it is difficult to remember what it is. The cruelty of her Night Porter was ruined by sentimentality, and Beyond Good and Evil managed to conflate Nietzsche and Robert Powell in a ménage à trois. Beyond the Door is the usual mix of cheapjack sentiment, cutprice Freudian familial relations, and a baffled cast running way over boiling point. Giorgi (a madonna face) keeps her stepfather Mastroianni (or maybe he’s her father) in a Moroccan prison after faking evidence against him over her mother’s death, so that she can keep her claws on his body, which she desires far more than the American oilman (Berenger, looking like a young Paul Newman) who desires her like mad but can’t understand what’s going on here. Un peu tortueuse, hein? There are some dinky touristique scenes in the brothels of Marrakesh, that mosaic city which caters to the devices and desires of your heart; but it should all have been made in hardcore by Gerard Damiano (Behind the Green Door). CPea. END_OF_DOCUMENT_TOKEN_TO_BE_REPLACED

Synopsis:
The streets of a big city are full of dead bodies but people seem not to notice and pass by indifferently. At the behest of the authorities, the bodies of those citizens who were killed because the rebels should serve as a warning. Antigone wants to bury her brother. A young foreigner who speaks a foreign language and will offer his cooperation. Together, they try to bury the dead, but are discovered and killed. However, the example of the two is followed by other young people who take to the streets to continue to bury the corpses, again defying the authorities END_OF_DOCUMENT_TOKEN_TO_BE_REPLACED

Quote:
Tibetan yogi Milarepa is one of the main teachers of Buddhism. His autobiography is filmed here parallel with a story of a youth of our days, both seeking answers to same questions. They have masters whose decisions they don’t fully catch, and there are women whose roles are ambiguous. Master and disciple depend in each other, in fierce search for truth; only belief and honor count. Cavani made an extraordinary movie which has not lost any of its charm within years. It is a meditation of man’s destiny and also a narrative of the parallel but non- tangential lives of man and woman. This film can be read as a visual philosophical tract and an homage to Milarepa. Aside of that, the film is very beautiful visually and the great actors fully contribute to the ideas of both Milarepa and Cavani.
END_OF_DOCUMENT_TOKEN_TO_BE_REPLACED 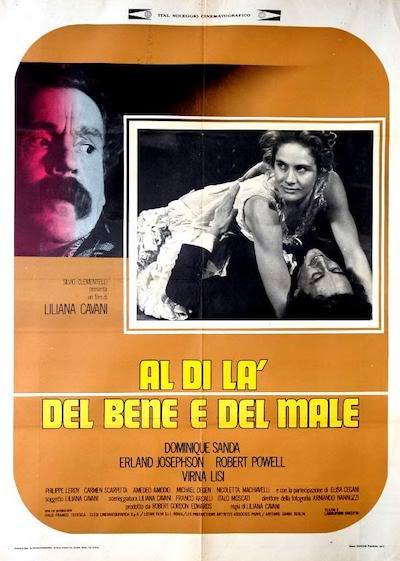 About the movie
Beyond Good and Evil (Italian: Al di là del bene e del male, UK title: Beyond Evil) is a 1977 drama film directed by Liliana Cavani. It stars Dominique Sanda, Erland Josephson and Robert Powell. The film follows the intense relationship formed in the 1880s between Friedrich Nietzsche, Lou Salome and Paul Rée. This is the second part of “The German Trilogy” directed by Liliana Cavani. In The Night Porter she described connection between perversion and fascism. This time she describes life of Friedrich Nietzsche, a German philosopher who wrote Thus Spoke Zarathustra and Beyond Good and Evil. Virna Lisi won Nastro d’Argento Best supporting Actress award Nastro d’Argento (Silver Ribbon) from the ‘Italian National Syndicate of Film Journalists’. END_OF_DOCUMENT_TOKEN_TO_BE_REPLACED 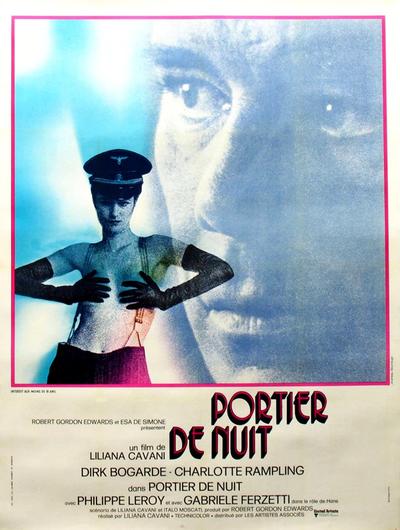 Quote:
In Liliana Cavani’s scintillating drama, a concentration camp survivor (Charlotte Rampling) discovers her ex-torturer/lover (Dirk Bogarde) working as a night porter at a hotel in postwar Vienna. When the couple attempt to re-create their sadomasochistic relationship, his former SS comrades begin to stalk them. Operatic and disturbing, The Night Porter deftly examines the cruelty and decadence of Nazi culture. END_OF_DOCUMENT_TOKEN_TO_BE_REPLACED