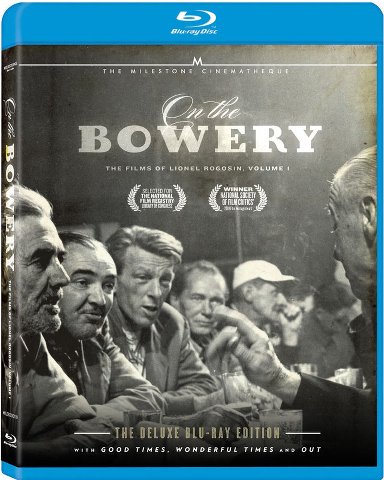 A mix of documentary and scripted footage on the Bowery, New York City’s skid row. Against a backdrop of men (and a few women) drinking in bars, talking and arguing, and sleeping on sidewalks, we have the story of Ray. He is younger and more vigorous than most on the Bowery. He arrives in Manhattan with a suitcase and a little money in his pocket. On his first night, he drinks himself into a stupor, falls asleep on the sidewalk, and is robbed of his suitcase. Over the next two days, we follow both Ray and the thief, who befriends him. Is there any hope Ray can get out of town and restart a life of work and sobriety, or is he stuck on the Bowery? Can the good thief help? END_OF_DOCUMENT_TOKEN_TO_BE_REPLACED 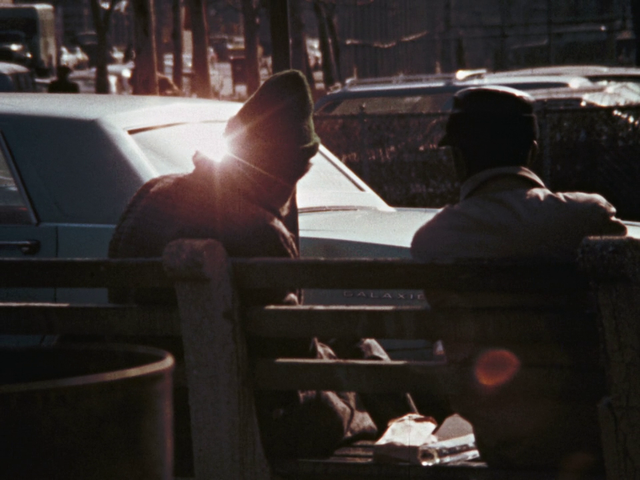 Synopsis:
Rogosin took the fight for equality to his homeland with his astonishing and powerful fourth feature Black Roots. The film, which is ripe for rediscovery, featured an extraordinary cast, including Reverend Frederick Douglass Kirkpatrick; attorney and feminist activist Florynce “”Flo”” Kennedy; and musicians Jim Collier, Wende Smith, Larry Johnson and Reverend Gary Davis. All tell stories of heartbreak and despair while their songs blow the roof off the rafters. In an extension of the famed shebeen scenes in Come Back, Africa, the participants in Black Roots spoke openly about politics and race in a way that is still rarely seen on screen. In 1970, it was a radical and daring move by a great director. A deeply humanist film, Black Roots combines tales of oppression with hauntingly beautiful images of the faces of black men, women and children. END_OF_DOCUMENT_TOKEN_TO_BE_REPLACED 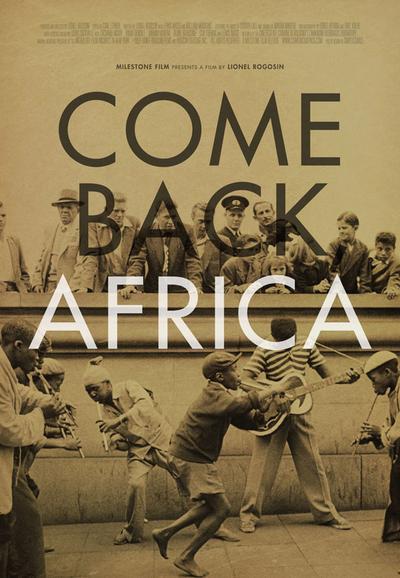 Quote:
In 1958, Rogosin tackled the subject of Apartheid by filming the pioneering “Come Back Africa” on location in Johannesburg, unbeknownst to South African authorities who believed Rogosin was filming a benign musical travelogue. The film focuses on the tragic story of a Zulu family trying desperately to stay together and survive. Instead, they are caught up in the contradictory laws of Apartheid. Bringing together some of South Africa’s best known radical intellectuals Rogosin shot the film combining documentary footage and fiction. Come Back Africa is an indictment on the brutality which the system created. It was selected by Time Magazine as” one of the Ten Best Pictures of 1960” and launched the career of the unknown Miriam Makeba. “I’m a political filmmaker, and the effect of the film on people who see it is still strong today as when I made it” said Rogosin. END_OF_DOCUMENT_TOKEN_TO_BE_REPLACED